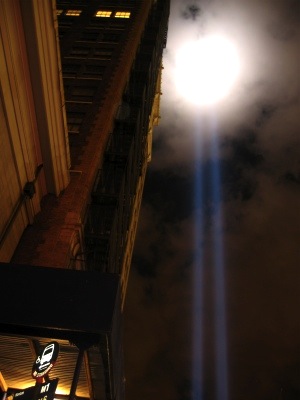 I keep putting off my feelings about trying Khalid Sheik Mohammed in New York. I’ve already said that I want the trial here in New York City.

I’m going to take a lazy way out. Andrew Cohen’s arguments in The Atlantic sum up my feelings best. Some favorite snippets:

“Aren’t you willing to set aside your rage at his treatment for the diplomatic and political benefits America will receive from giving the guy an open trial? Don’t you think that treating Mohammed and his colleagues like common criminals is precisely the right message to send to the world about terrorism and al-Qaeda? Don’t you think it hurts their cause to be considered murderers and not jihadist soldiers?”

“Have you taken the time to look at the track record that federal prosecutors have in successfully trying terror suspects in New York? Can you name a single case where the feds lost a major terror trial since September 11, 2001? Can you name one from before the terrible events that day? Is Tim McVeigh walking around Buffalo today? Is Terry Nichols walking around Kansas? Is Ramzi Youssef back in Brooklyn or Zacarias Moussaoui out on an airfield trying to fly planes in Minnesota? Have you heard from Jose Padilla or Richard Reid lately?”

Bottom line and these are my words: I want the opportunity to bring our case and all our evidence against him in open court. A public demonstration of the very thing we fight for – our system of justice and freedom. We say our way is the best and the most fair and here’s our chance to show it.