Jane Gilsenan, who lived to be 111, just died. She was interviewed last month and when asked if she had any tips for living so long she said, “I have none, and I wouldn’t give them away because I wouldn’t wish it on anybody.”

WHAT?? WHAT?? I want to live forever and when forever is done I want to do it again. Not Jane. She said, “I can’t say I regret it, but I wouldn’t want to do this again.”

I just don’t get that. Blows my mind. The full article is here, with pictures. I’m hardly the Pollyanna type, in fact I think a lot about life and people suck, and I’ve had to endure some nearly unendurable things. Who hasn’t? But there’s enough to make it worthwhile. More than worthwhile. Maybe extreme old age is a lot worse than I think.

A building I shot walking along the river. Don’t those poles remind you of the masts on a ship? 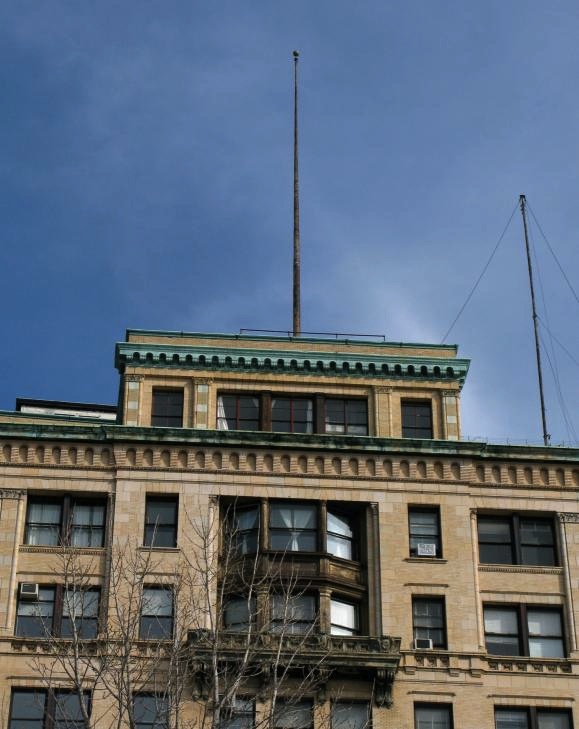 Five Days Until my Pub Date

Should I cut my hair short?

They Sang “I Gotta Go”