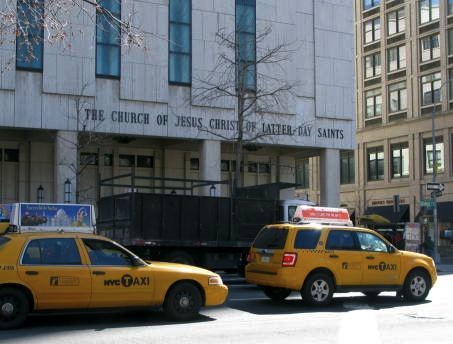 I work for the Federal Government!  In certain circles I am now hated!

I start on Friday, but here’s the deal. The Census is going all out to get an accurate count. They’re setting up these assistance centers all over the country where people like me will help you with the Census form.

I’ve been assigned to Carmine Street, which I’m thrilled about. It’s the once-Italian section of the West Village. It’s a little bit that way still, but like every place else it’s changed.

I’m looking forward to that part actually, although I’m nervous about doing well. By the way, Bengali is beautiful written out. So many of these are beautiful. Ohmygod, the Cambodian looks the hardest. It has the most subtle differences from letter to letter.

The picture is of the place where we trained.  Those Mormons certainly love counting people. They were very nice hosts.

2 thoughts on “I’ve Been Fingerprinted and Sworn In”