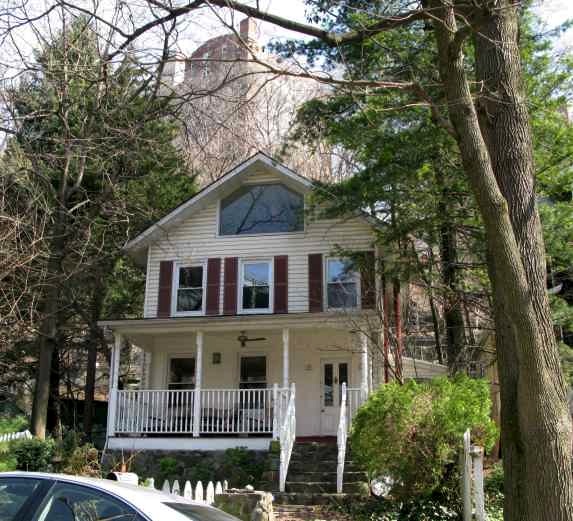 This one was not quite as well-maintained, but was in its way more appealing. 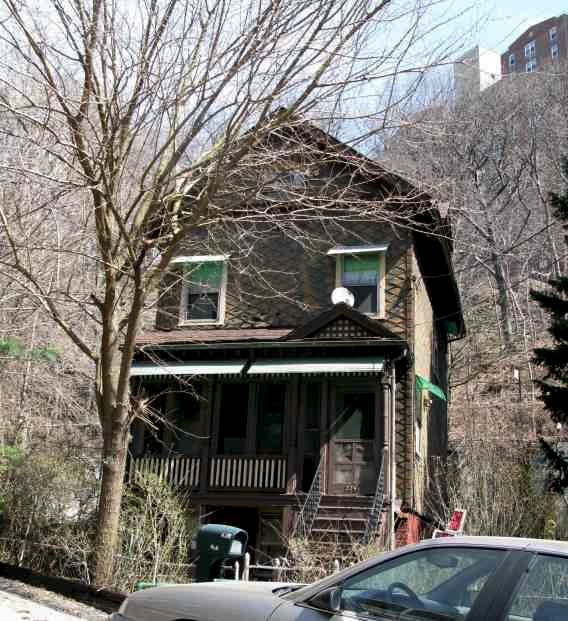 “My parents moved onto Palisade Ave. in 1968, 1 week before I was born. Thirty eight years later, I am still living here in my own apartment on Palisade Avenue with my own family. I am still in love with Spuyten Duyvil. I spent my childhood exploring the woods of what is now called Riverdale Park. My siblings and I would wait near the railroad tracks for the trains to come. We would then very carefully make our way across the tracks to the waters edge (My children better not try that!) I can’t imagine not living here and dying here. Unfortunately with the very recent building boom that we are experiencing I don’t know how much longer this “secret garden” will remain. Every where you go all you see is new construction. It is a heart breaking shame that nothing is being done about it. We are all complaining but our elected officials are playing dumb and doing nothing. I want to share my Spuyten Duyvil with my kids, but I am missing the Riverdale that I have grown up knowing so well.”

A views from above these houses. 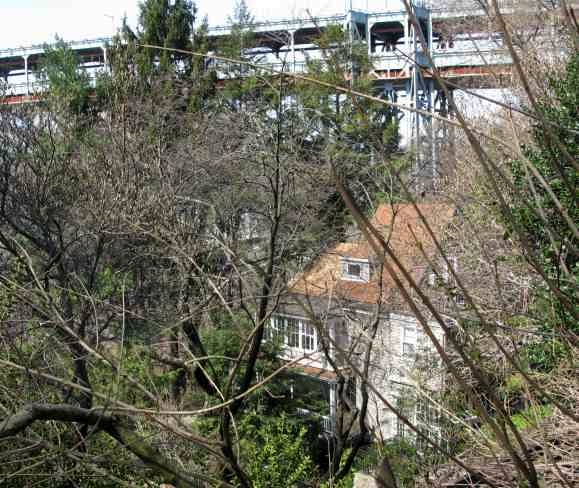 Another quote from that website: “My friends and I used to fish in the creek by the tressle, and it was a great place to catch striped bass and, unfortunately, many eels. There was a large striper we called Flanagan, and he was a large and elusive fish indeed. Who knows, maybe he or his descendants still run there during striper season.” 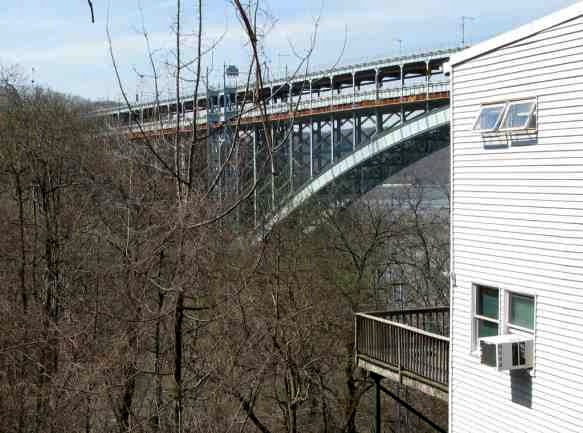 Then there were other buildings and houses, which sat on the hills, further back from the river. 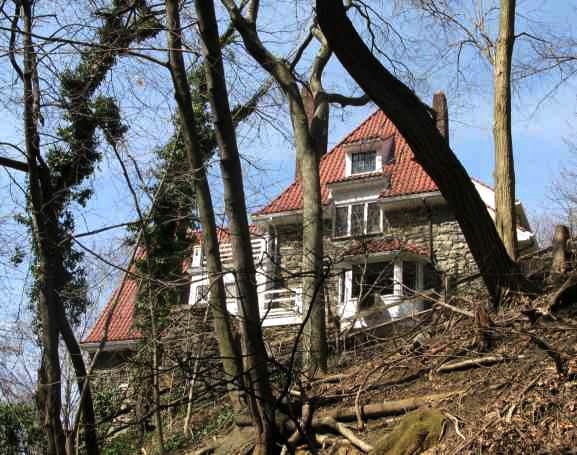 I should have taken one shot of all the ugly buildings though. There were so many box-like, projects-like condo buildings. From the website I mentioned above:

“I lived in Spuyten Duyvil in the 1960s on the Bronx side, in 500 Kappock Street, a small red brick building beside the large Blue building seen in the picture above. The blue building was not there when I moved in. I had nice apartment, reasonable rent, with a view across the ship canal, down the length of Manhattan and across the Hudson to the Palisades. It was a magical place. Two days after moving in they broke ground for the blue building on a spit of land so slim that it was a shock to see that huge building going up on it. Everyone was crestfallen and depressed to lose the view. Then one midnight during construction,the blue building caught fire. A big fire. Everyone in the neighborhood leaned out their windows and cheered and applauded loudly. It was 1967 and the darn thing is still there.”

It’s still there, alas. I didn’t take a picture of it though. 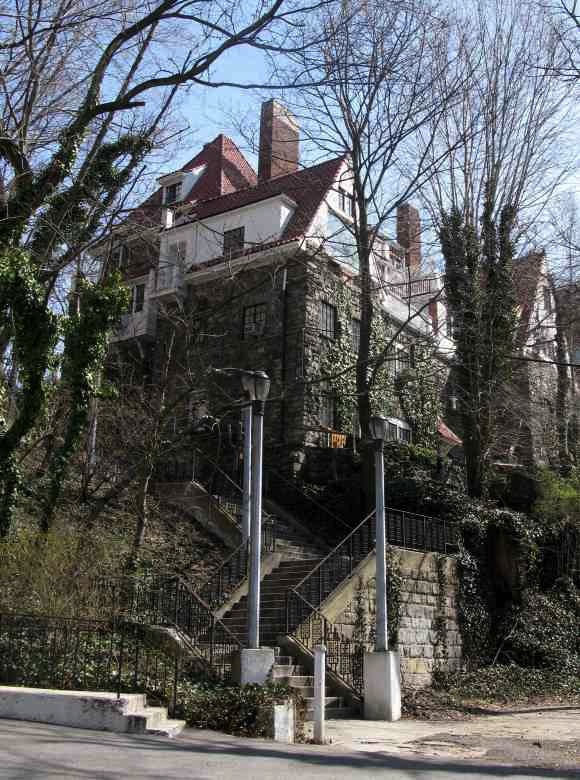