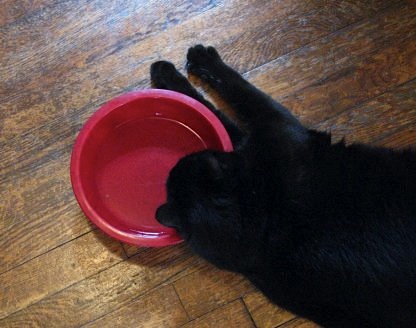 Finney woke me up by jumping on the comforter I was sleeping in and peeing on it. He still has a fever, which should have cleared by now. I’m trying not to panic. It could be that we just need to give him a different antibiotic.

I’m waiting for 8:30, when I can call the vet, but I’m supposed to be at the Census at 8, which is not going to happen. I already missed two days. I dread calling them to say I won’t be there yet again, due to a cat (few people understand things like this).

It’s not a matter of life and death, not yet anyway, but he is clearly suffering and I have to do everything I can to alleviate that for him.

UPDATE: The people at the Census were understanding. For the record, every time I’ve called they’ve been very nice and very understanding and told me not to worry and to take care of my cat.

3 thoughts on “Finney is Worse”