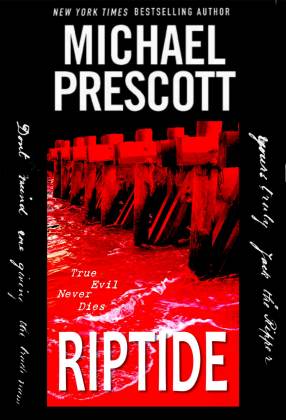 On my blog for my book Unbelievable, I have a link to Michael Prescott’s blog, which has the tagline, Occasional thoughts on matters of life and death. It’s where I’ve found some of most intelligent and articulate writing on these subjects.

He also writes thrillers, and has a new one out called Riptide. From his bio:

“I was born in 1960 and grew up in New Jersey. My childhood hero was stop-motion animation master Ray Harryhausen, and my early ambition was to create special-effects monsters like the ones in The 7th Voyage of Sinbad and Jason and the Argonauts.”

“I attended Wesleyan University, majoring in Film Studies, then moved to Los Angeles, where I wrote scripts for several independent producers. Only one of these films was produced. I also worked as a magazine freelancer, archival researcher, and editor, and eventually started writing books. I wrote a few horror novels (best forgotten) under a long-defunct name, then authored six titles under the pseudonym Brian Harper before switching to my new identity as Michael Prescott.”

Looking Forward to our Snowstorm

Next Week I Turn … Really OLD!