My first weekend off since I started the Census!! So far my plan is catch up on True Blood and People Magazine, buy a pair of jeans, and go to the library.

I wish I didn’t have to go jeans shopping in New York City on a Saturday, (a HELL like you wouldn’t believe) but I need them now. Holes have formed in unacceptable spots in my current pair and they are no longer work-ready.

I took these shots yesterday in front of the Burlington Coat Mosque (what Kathy at the Census calls it). When I was walking by someone came out to speak to the people outside. He was quickly swarmed. 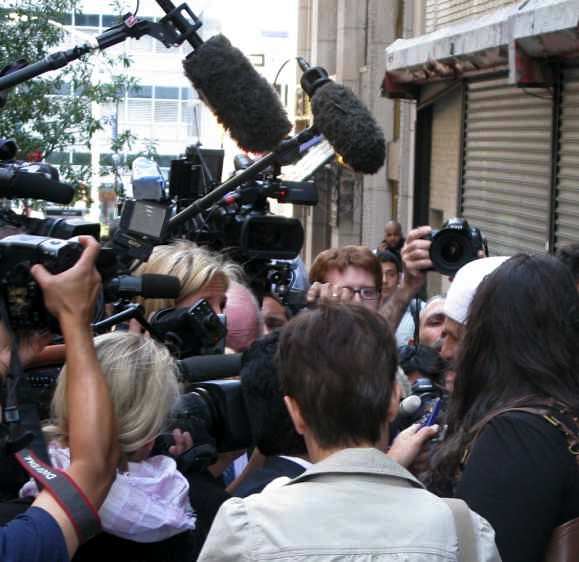 I felt for the guy. Imagine having to stand alone like that, to justify your religion to a largely uninformed public. By the way, I am ambivalent about organized religion in general, I have problems with all of them, but plenty of good people belong to churches and mosques and synagogues (like the people reading this) so I’m not going to condemn someone for being a part of them.

I will look at you funny though. (Kidding.) 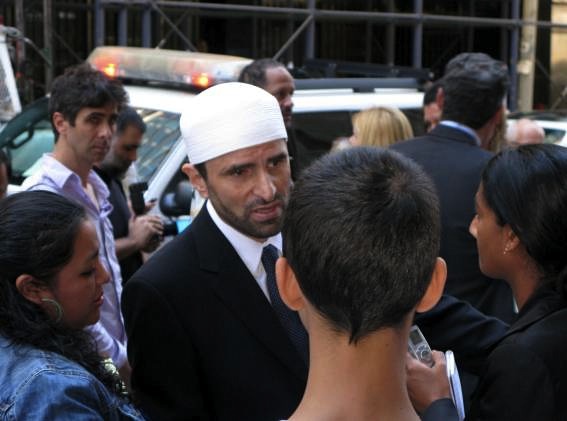 Anyway, this guy stayed to talk to everyone who wanted to talk to him. Stupidly, I hung back to take pictures and didn’t hear a word. I am an idiot. 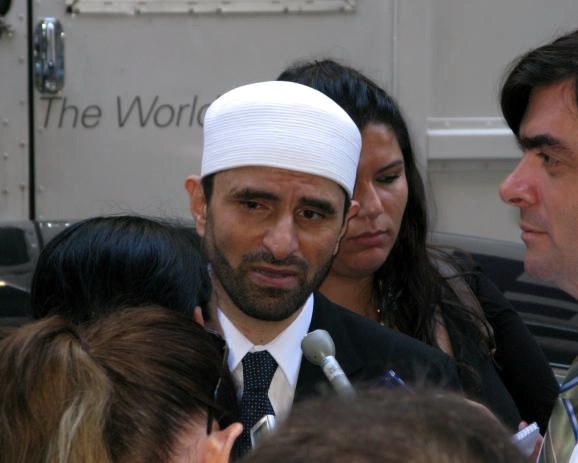 Landmarks at a Distance