Frank was a sweet, sweet man. When he overlooked my miserable audition and allowed me to join the choir, that turned out to be one of the nicest things anyone has ever done for me. From music critic Henry Edward Krehbiel in 1884:

“In no other art are amateurs privileged to enjoy the spiritual beauties of a creation in the degree that music offers to choristers … Whoever belongs to a singing society … accomplishes a work and receives an artistic reward analogous to that of the painter who has copied a masterpiece.” 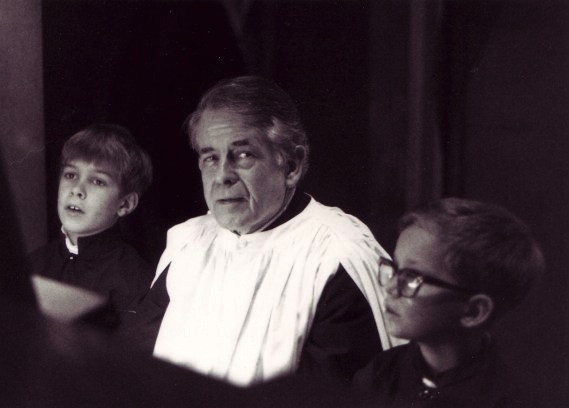 When Frank was brought to Grace Church in 1960, it was hoped that he would restore the musical luster that had dimmed over the years. He was an accomplished organist and had years of experience conducting men and boys choirs at churches in New York and New Jersey. (He was also a former Grace Church choirboy himself.) In four years under Smith’s guardianship, the boy’s choir went from a small group of six boys to a robust band of twenty-five. Music at Grace Church once again began to thrive. 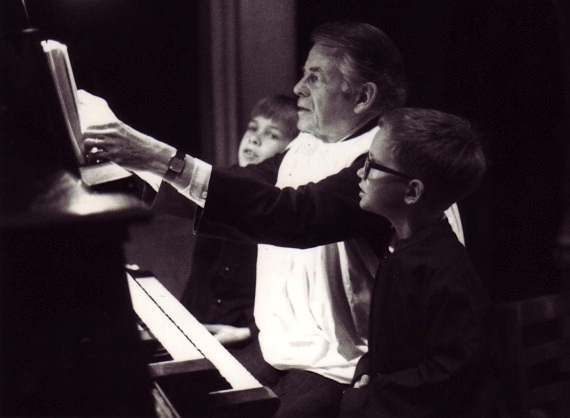 But Frank wanted to expand the opportunities for singing to the community outside the church. In 1974, a community chorus was established. You didn’t have to be a member of Grace Church, a love of music and the ability to sing was all that was required.

When I showed up at the church almost a decade later for my audition, I was taken to the music room. The open closets at the front of the room were filled with choir robes and piles and piles of well-used scores of music. Everything on the walls was hung at kid-eye level, all the framed pictures of composers, scattered inspirational sayings, and children’s drawings and gold-starred papers. It made me feel momentarily safe. I took a deep breath, looked Frank in the eye, and babbled. I’m not a professional! I don’t do auditions. I was hoping to cover for what I knew was an average voice. Frank had such a peaceful, calm, nature though. I quickly settled down. I sang what he put in front of me as best I could (not very well) and waited for the verdict. “Welcome to the Choral Society,” he said. I wish I had hugged him or kissed him, but I was too shy. I know from his expression though, that he was aware of how happy he had made me. All these years later I can still see his face. He beamed down at me like he knew he was giving me the best gift in the world.

I have yet to find the sorrow that couldn’t be at least somewhat alleviated, nor the joy that couldn’t be made even greater, by singing. In that gentle, pianissimo way of his, every Tuesday night until his retirement in 1992, Frank Smith commanded our attention more effectively than if he had directed us in forte. What he created continues to this day to lift our voices in song.

Thank you for the music, Frank Smith. All former and future members of the Grace Church Choral Society owe you a debt of gratitude. You will be greatly missed.

Update: I just found this marvelous tribute from a former Grace Church choirboy. 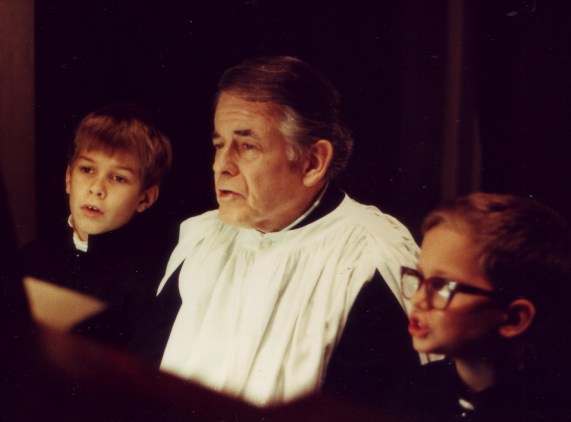 Ohmygod. Is that a dead … turkey??

On The Roof at the Met