I posted earlier about a six year old boy named Bruce Kremen who went missing on  July 13, 1960, in the Angeles National Forest in California.  It is now suspected that Bruce may have been the victim of serial killer Mack Ray Edwards.  While researching Tommy Bowman, another boy who went missing in the same general area three years before Bruce, author Weston DeWalt found new evidence linking Edwards to Bowman.  Law enforcement took another look at the Bowman case, and to make a long story short, they are now looking at Edwards for up to 18 other children’s deaths including Bruce.

Investigators believe they have pinpointed the spot along the 23 Freeway in Thousand Oaks where Edwards buried Roger Dale Madison, another one of his victims.  It’s not Bruce, but anything that moves the case forward may one day lead to finding Bruce and the other missing children.  At 9am today, California-time, a press conference is going to be held at the site so perhaps more information will come out then.  I’m not sure who is holding it, so many law enforcement agencies are involved, but perhaps the FBI because I believe they are overseeing (and paying) for this excavation.

There’s a great article in the Los Angeles Times [the link to the article no longer works] and I know that NPR also plans to do a story. This is Mack Ray Edwards.  I got the picture from the LA Times piece. 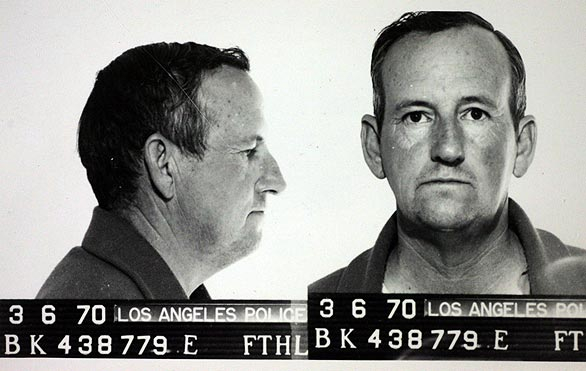