I broke down and bought a new comforter the day before yesterday. I’ve been hating the one I have, but I didn’t feel like I could afford a new one. The hated one was a down alternative that was awful. Whatever the alternative was bunched up and hardened into clumps in the squares and wasn’t warm.

But when Finney threw up on it I said, “That’s it. I’m not paying one more time to have this cleaned.” I went over to Bed, Bath and Beyond, bought a new one, a different down alternative, and took it home.

It was $163 and I freaked and freaked about spending that much, but by the next morning I was happy. It was so comfortable.

The next day (yesterday) Finney threw up on it.

It happened while I was out so the throw-up had hours and hours to set and stain. I cried. But after a million round of Oxy Clean (which really doesn’t work, I’ve decided) and the laundry, I think it looks like almost new again. (It’s only three days old!)

Finney of course jumps right back into it. I’ve got my eye on you. 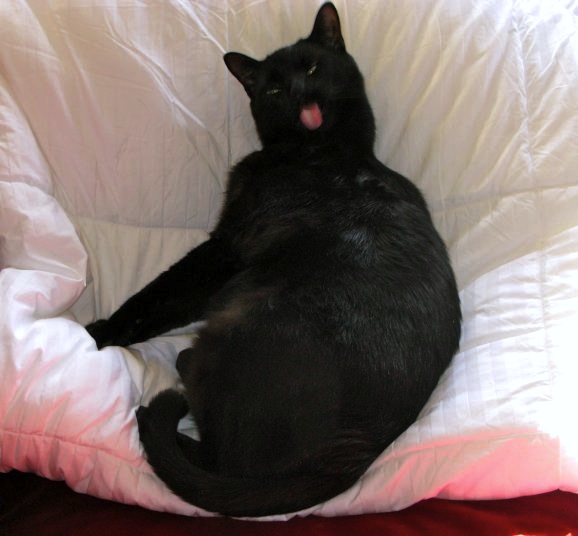 Where Miranda and Steve Got Married

4 thoughts on “Finney Hates me”