There’s a movie shoot in my neighborhood, nothing new, but it seems like a much bigger deal than usual. Usually they slap a few signs up on some trees and street lights, letting you know in advance that it’s happening, but there was a sign inside my building, which went into more detail about the shoot. Which they said was tomorrow.

But when I went to get a new cable box (more on that later) there was movie activity all over the freaking place. Blocks and blocks and blocks of trucks. A pack of paparazzi went charging past me, chasing someone, but I was lugging a cablebox and I wasn’t in the mood to see who.

The movie is called Wanderlust. I googled it. It’s an Apatow movie starring Jennifer Anniston and Paul Rudd. Anyway, I thought the shoot was tomorrow. I took a picture of some fake babies in a stroller, which were part of what they were shooting. 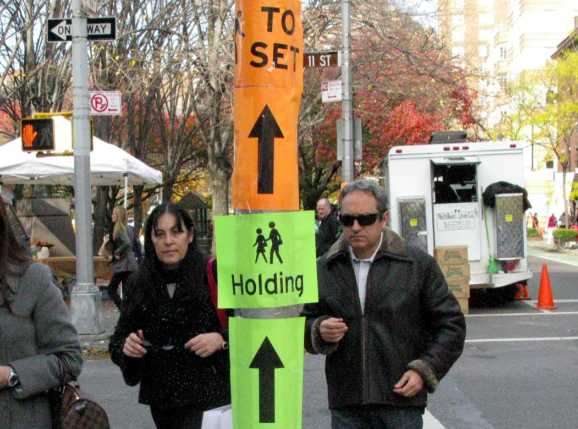 My Insane Week Has Begun