More often than not, when I go out in search of some obscure records from a long time ago—in this case, an arrest made during the Civil War years—I usually don’t find them. The other day at the library, the one page I wanted on a roll of microfilm was blank. No explanation, just gone.

But today I hit the jackpot. I found the records for four men who were arrested in New York City in 1834!! Their arrest was in the New York City Police Office Watch Returns. Good times.

I was also looking for the site of an 1895 murder. I knew the building was long gone, but I wanted to take a picture of the park that’s there now. Even though it was FREEZING out it was packed!! It made me want to be part of a community so tight they’ll go out and endure freezing weather just to hang out together. This is a Baxter and Bayard in Chinatown. 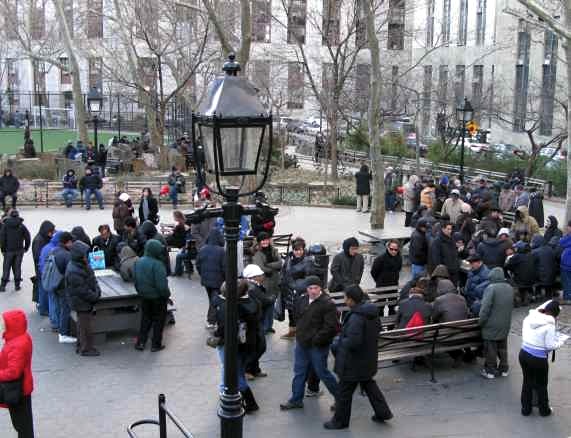 Drumming in the Halloween Parade

Virus and the City: Awful Headlines