Because of snow. It happened in Boston, in the 70’s. There was a blizzard, and not like the namby-pamby blizzards we get now. This was a blizzard where you couldn’t see your hands held out in front of you or your feet when you looked down. Never mind snow piled up against the cars parked along the street, you couldn’t even see the cars that you knew were there.

My car was parked at the end of a long driveway, and I spent about three days trying to dig it out and I never got close. I finally gave up and just left it there until the snow thawed (a month or two later?). When it did I gave my car to my brother and have never owned a car since. 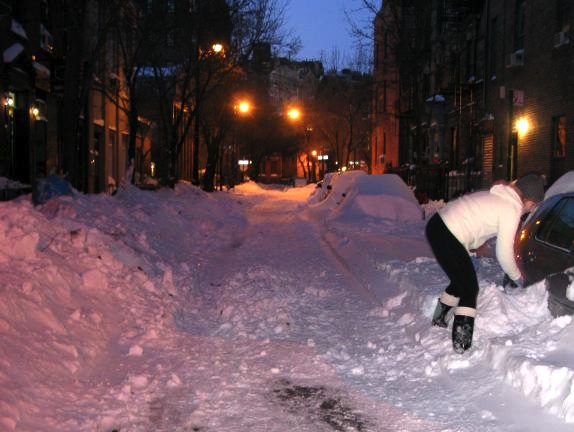