Sally Rhine Feather (the daughter of J. B. Rhine, the head of the Duke Parapsychology Laboratory) mentioned this book to me, The Price of Altruism: George Price and the Search for the Origins of Kindness by Oren Harman.

I was immediately curious because George Price had written about parapsychology very early on and got into a nasty exchange with Rhine. Price was particularly, shockingly hostile. I mean, okay, don’t accept their experiments but come on. A book with “kindness” in the title along with the name George Price was just so “does not compute” for me. I read the first few pages and got sucked in. Then I skipped to the section about Rhine and got even more sucked in.

There was an interesting revelation. Price said he really went after Rhine because he thought Rhine was religious and these experiments were somehow a backdoor to bolstering religion. Rhine was not religious however, he was something between agnostic and atheist. Price apologized many years later, they started writing each other again, and apparently Price lost it again.

Anyway, complex guy, sad ending, looks like a truly fascinating story. When will I be able to read it?? I’m doing a week long focus group-like thing. I’m going to be going through a new website, answering questions, helping find problems. It’s 8 – 10 hours a day for 5 days. (Must be a humongous website.)

Finney. A complex cat. Loves me, but also loves to bite me. (Not hard, but still.) 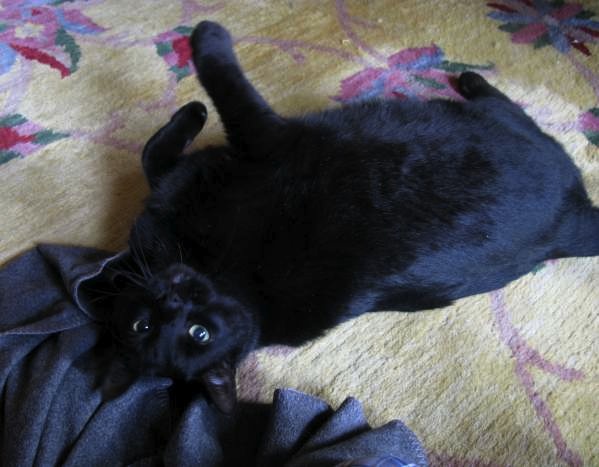 From My Roof With My New Camera

I felt despair, I must admit.