Today is the 100th anniversary of the Triangle Shirtwaist fire. I just got back from the ceremonies, but they’ll be continuing all day. I got choked up at one point. I know lots of other people have died in equally and more horrible ways, but this disaster always sadly resonated with me. Those girls fought so hard to have a union, telling everyone that the conditions where dangerous. I remember reading how some people threw things at them when they picketed the year before, and spat on them. They tried to live, but not enough people would listen.

The kids here holding up signs with the names and ages of the people who died look like they’re the same age as those girls who died 100 years ago. 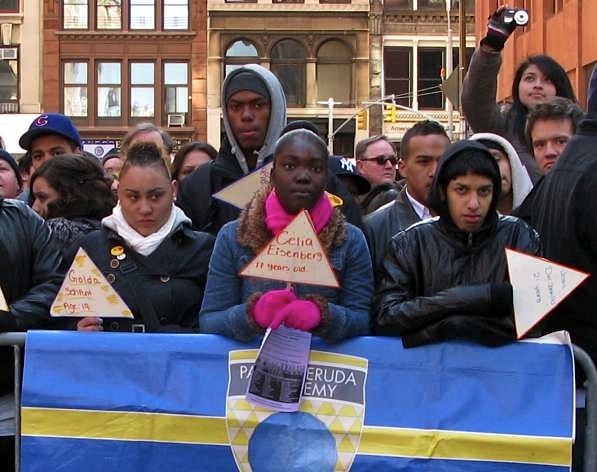 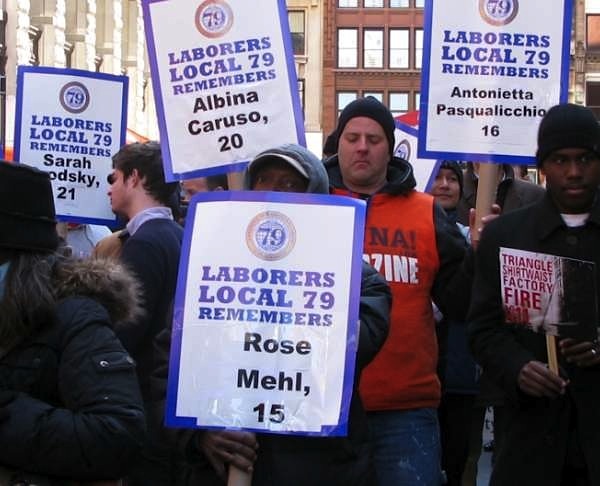 The building where the 146 garment workers died. The arrow is pointing to the floor where most of the people were killed. Those are the windows they jumped from. In the foreground someone is holding up a shirt. There were a lot of those, with the victims names on them. 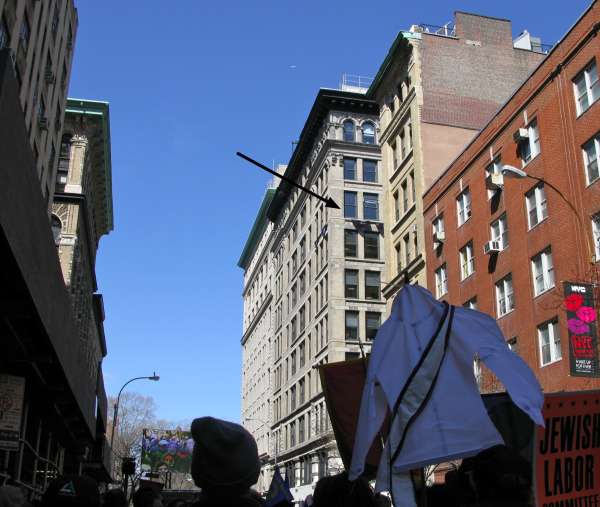 A closer look. The banners indicate where the factory was and where the girls jumped. 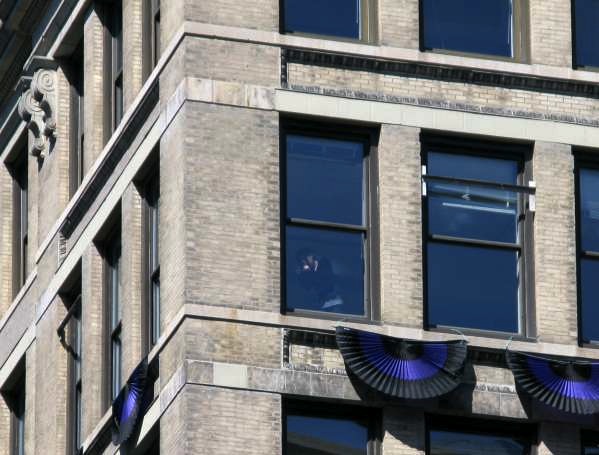 A shot of the crowd. I didn’t get anywhere near the stage with the speakers, but that’s okay. I didn’t particularly want to. 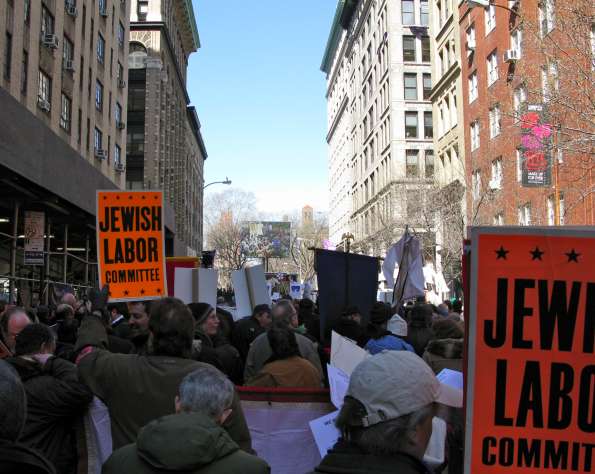 People on a line for … something.