I felt some compassion for George Bush when I heard he declined Obama’s invitation to join him at the WTC tomorrow. The man is a little bitter and has had enough. And maybe that’s the price you pay for the economy and getting us into Iraq, (and eroding our freedom and privacy and really, I could go on) but still. To go from standing in the rubble with a bullhorn vowing revenge, to where he is today, not even being able to show up. Oh how the mighty have fallen, as they say.

I am not one to revel in anyone’s downfall, however. Maybe someday he will manage a dignified return. Nixon did.

When I sent my camera to be fixed I asked them to check the focus, because for a long time I had trouble getting the pictures to be sharp. Well, they found something and fixed it and man what a difference. Look how sharp the Statue of Liberty is! And that’s I don’t know how far away, but it’s far! 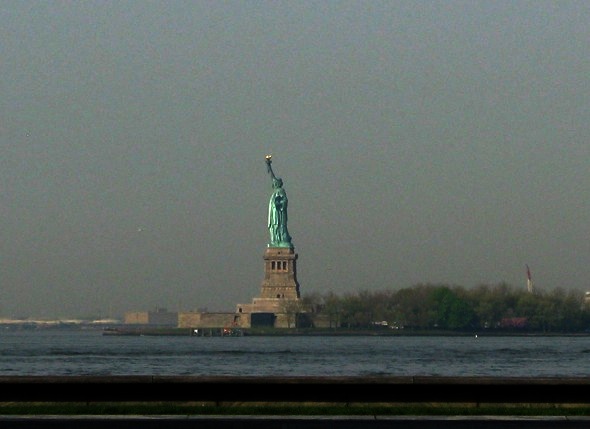