The pilot should be fired and I hope the airline is sued for billions:

Pilot Refuses To Fly With Muslim Men On Board

The two men were kicked off the flight, but apparently they are better people than I am. According to one article, “A lawyer for the two men said he was looking into a possible lawsuit – but his clients really just wanted additional sensitivity training for the pilot.”

In other news, I am eliminating sugar from my diet (mostly). I really bought that “Is sugar toxic” article in the Times. This city is such an evil temptress though. On my way home from the library, I passed a new cupcake window. Oh. I love that girl’s yellow jacket! 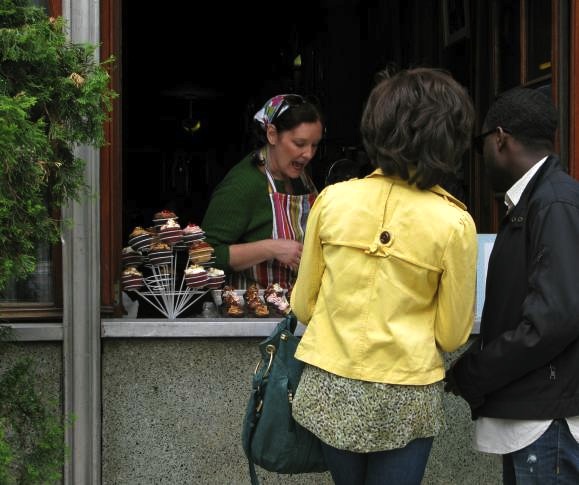 Please may I eat it?

2 thoughts on “Fuck Delta Airlines and that Pilot”