I’m so insecure about my voice. It isn’t an awful voice, but it isn’t great. Last year, when John placed me at the back row at the end, the farthest possible point from him, the audience and everyone else, I was sure he thought he was sparing the greatest number of people from hearing me. Oh, and whenever a soprano is flat anywhere near me I’m sure everyone is going to think it’s me. Because of course everyone else thinks I suck too.

This year I’m back close to the front except I’m so far off to the side (or so it appeared) that I thought John was once again trying to keep my terrible voice away from people.

But last night at the dress rehearsal I discover I am standing next to our soprano soloist. He can’t think I completely suck if he put me there. I know he doesn’t think I have a great voice (which I don’t) because he never picks me for semi-choruses. This is when the composer dictates that only a small number of people sing, usually because he wants a haunting, ghost-like effect. There’s one tonight, for the sopranos and altos, and it’s the prettiest one I have ever heard. I was desperate to be chosen for it. And I wasn’t. Later I was glad. John has scattered those singers throughout the line-up so they’re on their own during that section. I would have been terrified. For people coming to hear us tonight, it’s one of the high-points of the piece.

There’s a lot of high points in this piece, though. I love Ralph Vaughan Williams, and A Sea Symphony is from beginning to end one great part after another. The possible sob moment for me will be when we sing: O thou transcendent. I’ll either be crying or grinning like a mad woman. 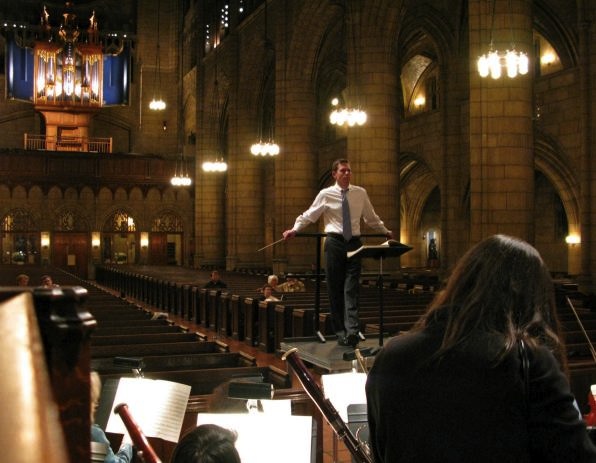 Amahl and the Night Visitors, 2016