I’m on a quest to find out something about a coal miner named Gwilym Amos. In 1919, he started a singing society named the Orpheus Glee Club, he retired in 1924 or 1928 (there are conflicting reports) he worked at the Lehigh & Wiles-Barre Coal Company, and he died on May 14, 1929.

I found a Welsh newspaper called The Druid which the New York Public Library got for me via interlibrary loan, but we didn’t get all the reels, we only got up to 1925 and so far I haven’t managed to uncover anything that gives me a sense of who he was. Mystery man! Well, mystery man, I’m going to keep looking. There’s got to be something to a man who works in the mines, then founds a choral society that The Druid barely deigned to notice (while at the same time reporting about other singing groups in every paper) and then nurtures that choral society into one of the best singing groups in the country, winning all the big singing contests, and finally making it onto the front page of The Druid.

This is New York City. Can you believe it?? Some lucky person (or persons) lives here. Except now I forget where I took this exactly. Somewhere in my neighborhood, 7th Avenue-ish. 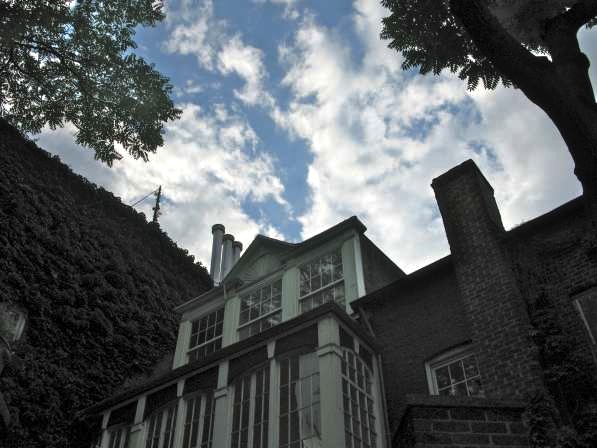 Here’s the Building Across the Street