And right away! I’m so happy to be living now, except it’s probably going to get much, much better as time moves on (except for the environment stuff, and the fall of the American empire, which may not be a bad thing).

On my way home the other day I took a closer look at the memorial pictured below. It sits in the park off St. Luke’s Place, which is next to the ball field which was apparently once a cemetery. One of the inscriptions says that the bodies of two firemen, Eugene Underhill (20 years old) and Frederick A. Ward (22 years old) are buried underneath, and that they “lost their lives by the falling of a building while engaged in the discharge of their duty” on July 1, 1834.

Daytonian in Manhattan also mentions how the body a six year old child, Mary Elizabeth Tisdall, was found in 1934, so of course I had to research her! I found her whole story on the website for Trinity Church on a page called The Archivist’s Mailbag. Along the way I came across another useful blog called the New York City Cemetery Project.

Information that would have taken a few visits to the library was found in under a minute. INSANE. People might think it takes the fun out of it, especially since I love going to the library, but there are tons of things I want to research and for me it just means that I’ll get to more of them this way. So thank you Tom Miller, Diane Fisher, Leah Reddy and Mary French! 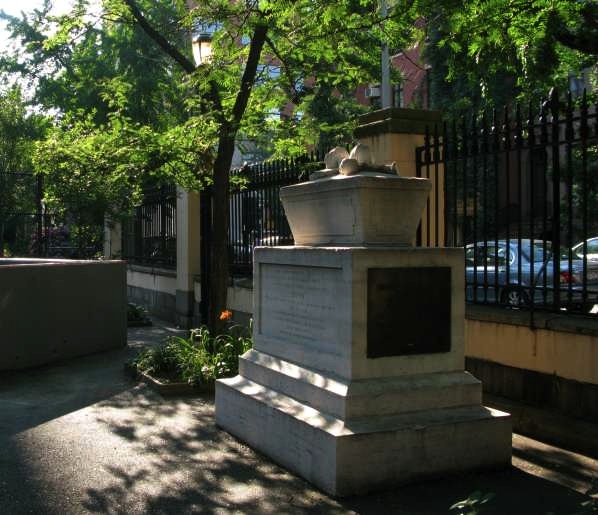 Trying to Change my Attitude

One thought on “There’s Nothing You Can’t Find Online”