Backstory: Last week I found a hurt pigeon on the street. I brought down water and food, but he wasn’t moving so I put him in a box, took him upstairs and called New York City Pigeon Rescue. Because his leg appeared broken they told me to call the Wild Bird Fund. The Wild Bird Fund said they’d set his leg, but their hospital was full so I’d have to take him home afterwards. I panicked—feeding him was hard and I have two cats—but agreed. Part of me was glad, I was already attached to the little thing. But he turned out to also have a broken wing so they took him in order to manage his pain and food. I miss him, but I was especially glad to hear that they could manage his pain, poor little guy.

Last night they emailed me: Your little one is looking good. He is standing pretty well on the leg with the recent fracture of the femur. He’s also moving his wings pretty well. But I will not be testing the mend until more time has past. Though I refer to the bird as he, I do not know its sex as yet.

So I’m happy. It looks like he’s going to be okay, and will grow up to annoy New Yorkers who have a thing about pigeons (he’s only 14 weeks old I was told). 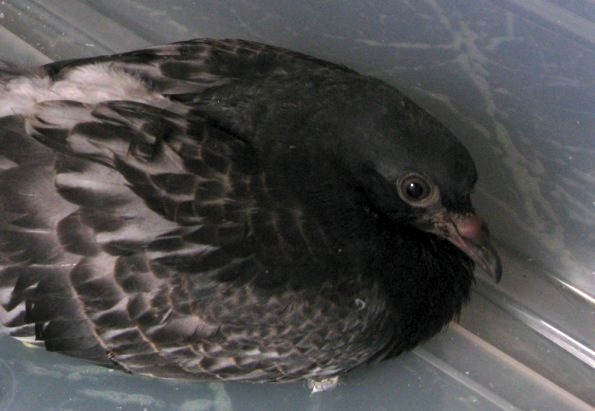 Peeking Over the Couch, Looking at You