Like most people, marathons move me to tears. Why are they so affecting? Yes, the striving and the trying, but still. It’s running a long distance. As far as accomplishments go that has to be pretty much at the bottom, with curing cancer and other life (or planet)-saving efforts at the top. Maybe because it’s a personal achievable thing, and it’s taking place right in front of us in real-time? Unlike say, lab work or crunching numbers to come up with some useful statistics.

I went to my first marathon in Boston, in the 70’s, and for some reason I stopped going to them a couple of years ago. Why? Even though I can’t explain it, it’s still one of the most feel-good things out there, and for those of us watching, it’s effortless. We only have to show up, stand there, cheer and bask.

Maybe I will go.

This woman’s outfit caught my attention. I like it overall, but what caught my eye were the scarves she tied around her wrists. I’ve never seen that before. That’s her thing. (Someone is going to come along and say, “What are you crazy? Everyone is doing that now.” I can be quite oblivious.) 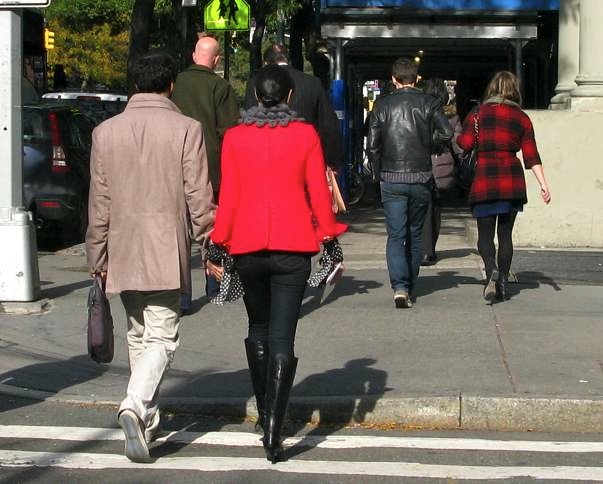 A Night at the Chorale

3 thoughts on “The Marathon is Tomorrow”