The first and second place women’s winners. Sometimes people would run by with news cameras following them and I could never figure out or recognize who they were soon enough. I later learned that Apollo Ohno and Ethan Zohn were running, so two of the times it was them. 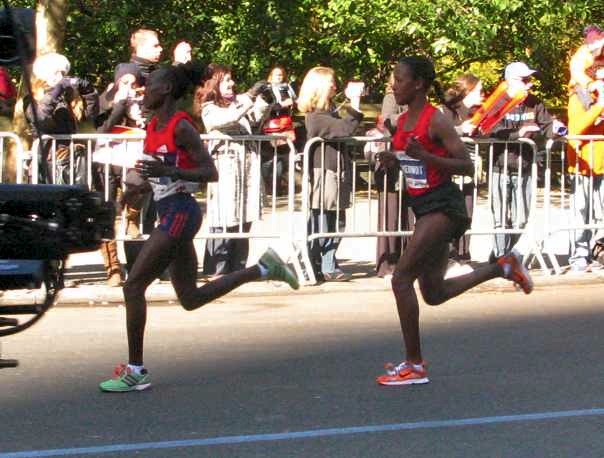 Someone who loves Liz. So sweet. I would have felt like I died and went to heaven if I was running and someone held up a sign like that for me. Oh, that second sign is for her too. Nice. 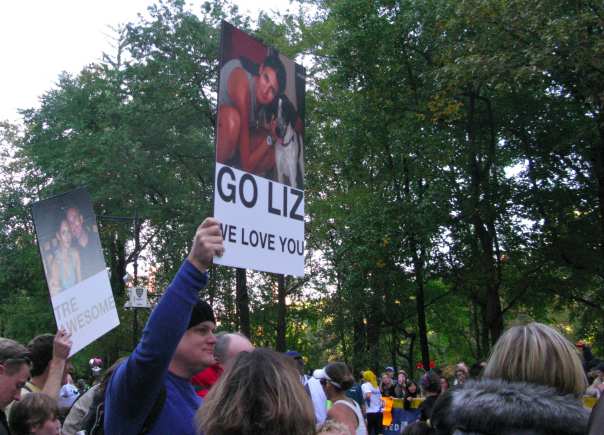 These girls were across the street from me. Every girl but two has a phone in her hand. I don’t think I ever saw them cheering. But they might have. I wouldn’t have noticed once it really got going. 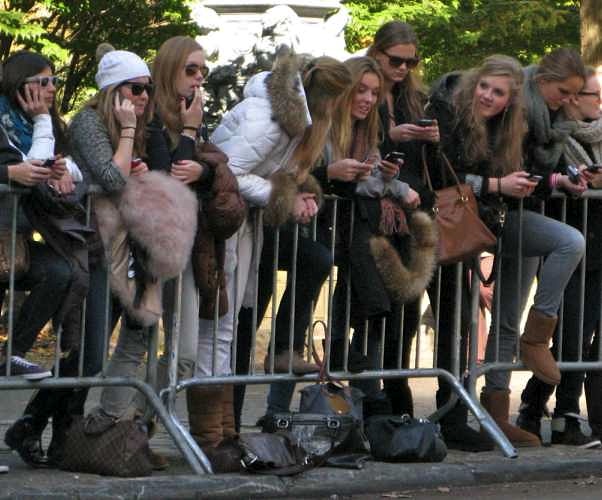 Because it’s me, I also noticed the pigeons. Who were watching too. One spent some time on the track/road, and he kept inching perilously close to the runners. I was afraid he’d eventually go splat, and I wanted to ask one of the cops to shoo him away, but then I was afraid the cop would be insulted at the implication that it was his job to shoo away pigeons. 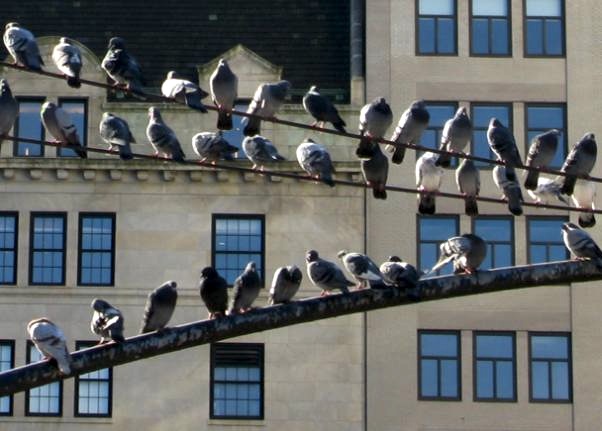 Robin Williams, Depression, and My One Tip