Although the thing I’m contemplating doing instead of laying around on the coach all day doesn’t really count as “industry.” I just read that they’re going to be filming the new Batman movie The Dark Knight Rises up on the 59th Street bridge today. Someone shot this incredible video of them filming in the Wall Street area last week and this looks fun. Maybe the action will be too far away to really see anything good though.

From Union Square yesterday. The guy telling his story and the woman interviewing him look so nice. (That girl on the right … unfortunate shot timing) 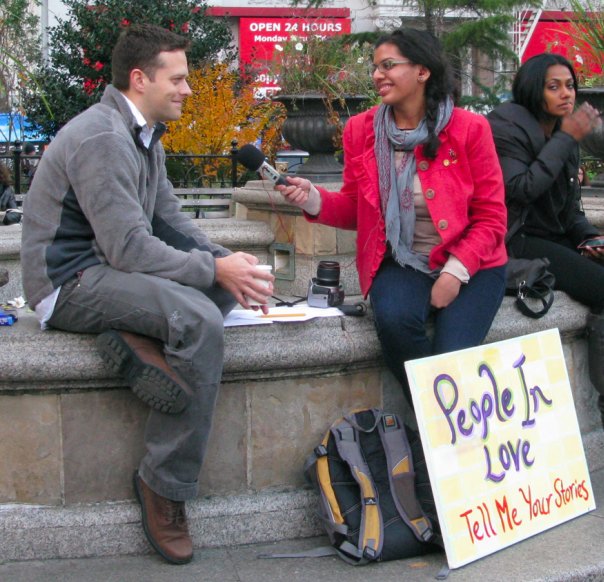 Life is Better with a New Vivian Swift Book in It