Among the many errands I have to run today, is heading over to the Strand to pick up a copy of Gareth Malone’s book Music for the People. Does everyone know who this guy is? He’s a choir conductor and the star of the BBC show The Choir. If you haven’t seen it, you must to give it a try. You’ll be sobbing by the end of every season. He always takes the least likely groups of people and turns them into choirs, it’s incredibly moving. I’m trying to get an interview with him and that’s actually what I want to focus on, his ability to get people who think they can’t sing to sing.

This season he’s working with military wives, and he even got composer Paul Mealor (who did the astounding Ubi Caritas for Kate and William’s wedding that floored us) to write the music for one of the pieces they sing.

A deli in Williamsburg, Brooklyn. I particularly like the hand-painted “New York Deli” part of the sign. 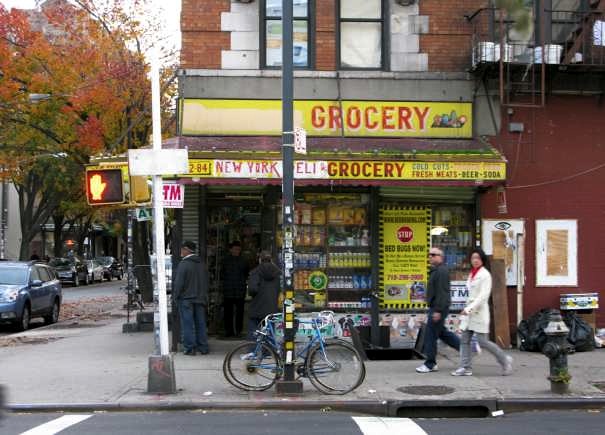 Peace Abroad and Peace at Home