I went out for a walk last night after the most spectacularly bad day of writing EVER. I worked for six hours on only two paragraphs and I never got them right. Six hours! On two paragraphs! I’m not exaggerating. I just kept refusing to give up and I kept working on them and then it became “I can’t give up now after all this time because then all this time would have been for nothing,” it was as insane as writing insanity can be.

Worse, the paragraphs were about singing Ave Maria to my dying mother. All Christmas Eve long, that was what I was focused on.

Thank God I finally made myself step away from the computer and go out for a walk. This guy who had been selling wreathes at Union Square just started walking around and giving them away. I followed him and it was so much fun to watch. Person after person getting a surprise gift. He must have had a ball. 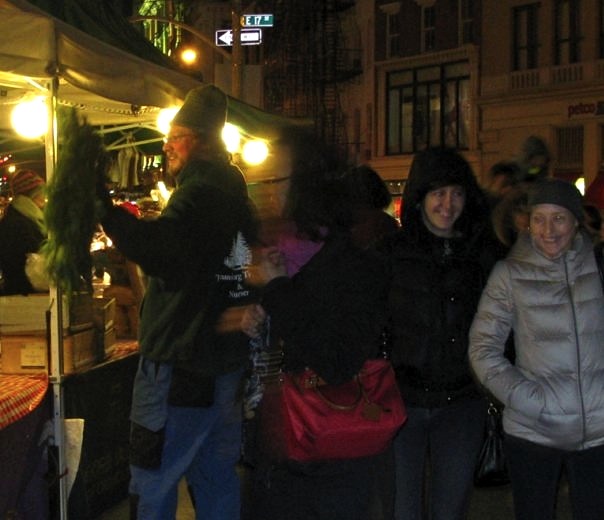 I cheered up quickly, thank God. The memory I was describing isn’t a bad one per se. I mean it is, but it’s bittersweet now. I bought myself some egg nog ice cream, came home, and watched TV. After checking Santa’s progress on Norad and Google Earth. He was up to Brazil where I have friends so that was nice. 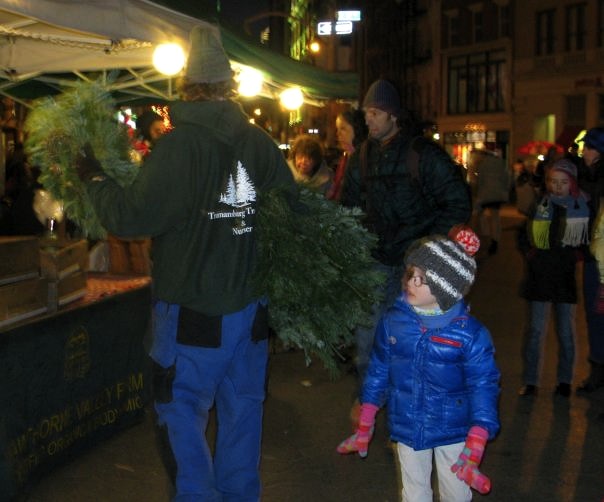 Rio+20: Richard Black is Freaking Me out. Plus, Gamma Ray Bursts.

Attention Sex and the City Fans