I was fact-checking my book yesterday and discovered that I had a fact wrong about the Titanic, which led to an hours-long side trip researching Titanic trivia. By sheer coincidence, early on in my book is a small mention of a woman who died on the Titanic, when she gave her seat up to another woman, and later I have a small mention of a man who survived. I wondered if by chance the woman who took the seat and the man I wrote about were on the same lifeboat. They weren’t.

But this led to a whole thing of researching who was in each lifeboat, the order the lifeboats were put out; I read testimonies of the crew and survivors about those final hours. That was pretty horrible, I don’t recommend it, particularly the stories of the last two collapsible lifeboats that went out, A and B. They’d been swept away and were used as rafts. The people who were on them were forced to turn away anyone who swam up afterwards, there simply wasn’t enough room. Imagine being in that position.

The man I wrote about who survived, was the great-nephew of someone else I wrote about in a later chapter. I found so many of these “cross-overs” I call them. I don’t put them in the book, because they’re not really relevant, but I’ve been keeping track of them.

I took this shot from the bus window on the way to the Springsteen concert. 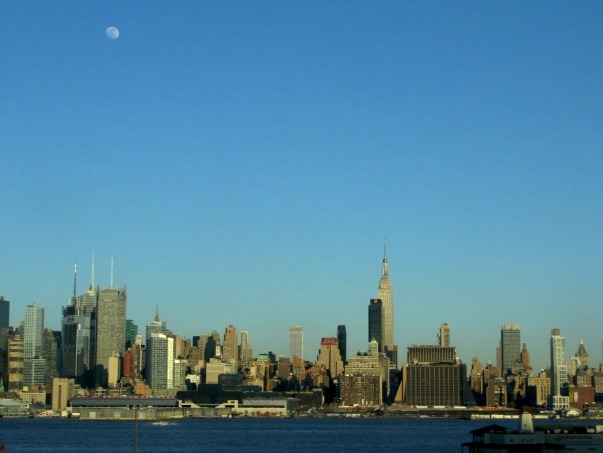 It’s Still a Holiday, Isn’t It?