I saw it in Vanity Fair first, but now every news agency has reported that the Perry Street building used for the exterior shots for Carrie’s apartment in Sex and the City was for sale and is now sold.

For the record, the building that was just sold is next door to the actual Sex and the City building. It’s a small thing, and it’s an understandable mistake, just pointing it out.

I think I’m bothering to post about it because I’m fact-checking my book right now, and finding small mistakes, incorrect dates, name spellings, and I’m sure I’ll find a bigger mistake or two before I’m done. The publisher used to have fact-checkers on staff to do this, but now the writer is expected to do their own fact-checking.

You might think, well, of course they should. They should be doing this all along. And we do. I am very careful as I go along, and yet I still make mistakes, and some of them incredibly dumb. But I do think fact-checking should be done by someone other than the author because you’re so close to the book sometimes you just can’t see it anymore.

Coming soon, the store that will be the ruin of me. I will be passing by this store every time I go to and from swimming. I know how my mind words. I will think: I’ve just been swimming. Surely a little bread won’t hurt. 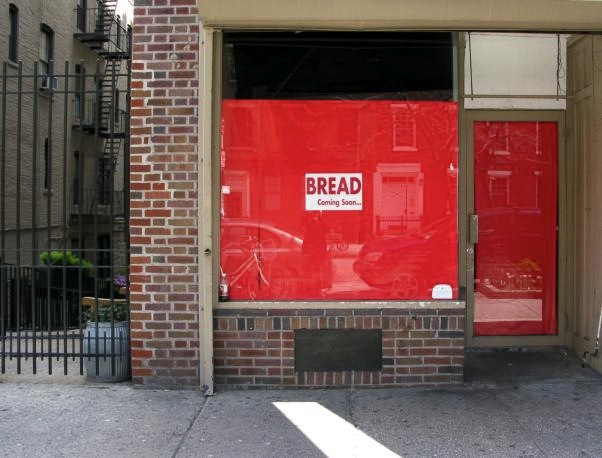 I have so much to do this week I’m freaking out a little bit … lot. I want to post about the Virtual Choir 3 premiere, the fact that Waiting For My Cats to Die just came out in an ebook edition, and other things, but I have to do my taxes, call my friend Chris, and a million other things. So, I will be back tomorrow. In the meantime, I give you pigeons.

These wonderful people had the pigeons eating out of their hands, and … 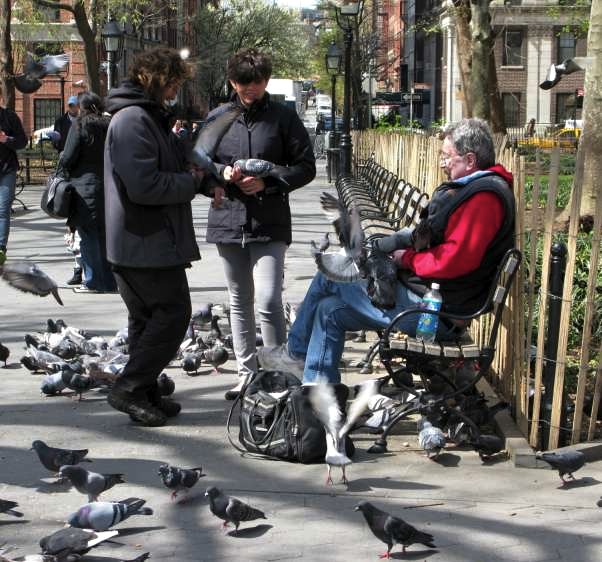 … they showed this little boy how to do it, creating a bird lover for life probably! 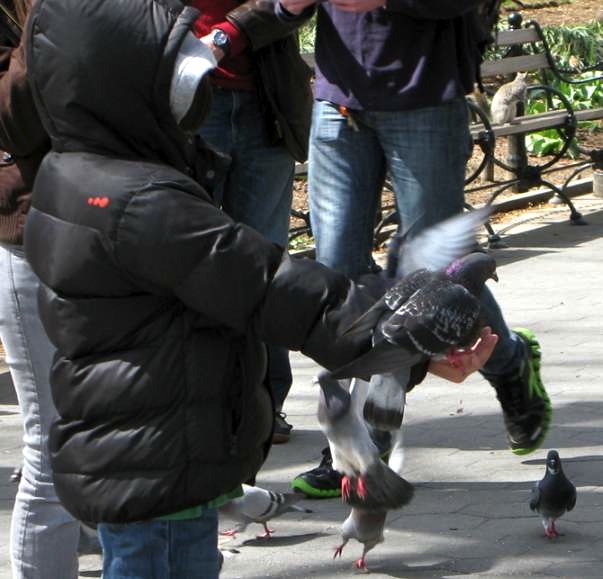 There’s going to be a live stream of the event from Lincoln Center starting at 6:30. I’ll be there! I was lucky and got a pass because I’ll be sneaking in a few lines about it for the end of the book.

I took this last night at Carnegie Hall. The standout pieces for me were Lux Aurumque, Five Hebrew Love Songs, and Cloudburst, which was incredible. The piece was beautiful itself, but as it builds Whitacre had various members of the choir play handbells, and then, right before the cloudburst, they all raise their arms and then they snap their fingers, clap, slap their legs, all these various things that, helped with the acoustics of Carnegie Hall, really really really sounded like rain. I see he wrote this when he was 22. Further proof that composers are not: human. 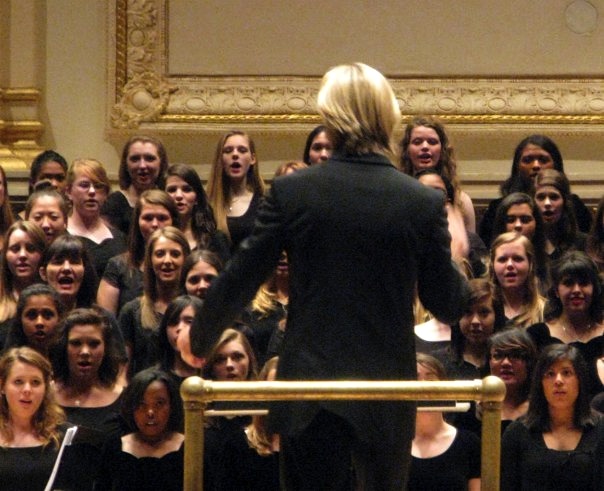 Tonight I’m going to have a perfect New York City evening! When I was young I was lucky to be introduced to the all the arts, which I ate up, except I remember having mixed feelings about museums. I was like most kids in this respect, mummies/good, everything else/eh. But my favorite was live music of any kind.

I’m meeting a friend from choir for dinner at a greek diner (first part of a perfect evening) and then we’re going to Carnegie Hall to listen to the music of Eric Whitacre and Morten Lauridsen.

Tomorrow is the premiere of the Virtual Choir 3 and I’ve been blessed with a pass to go because I’m writing about it!! I’ll be taking tons of pictures and movies.

I took this the other day, this is Union Square. Normally this part of the Square is crawling with people on their various soap boxes (and others just relaxing while on break). Union Square has a long history of being a nexus of political expression so it was sad to see it emptied like this. 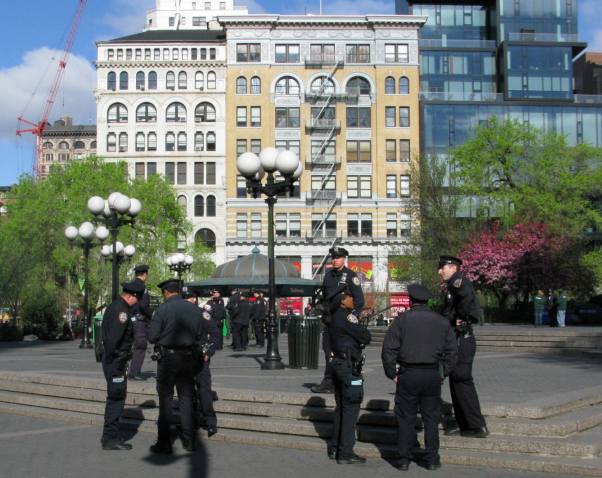