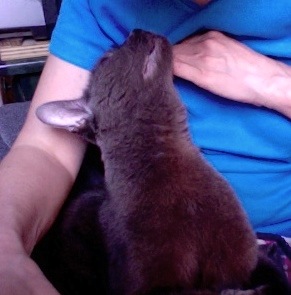 But please read his article about this month’s Rio+20 summit, which I have just heard about for the first time, which is a problem right there. From the piece:

Among the report’s “low-lights” are:

– greenhouse gas emissions are on track to warm the world by at least 3C on average by 2100.

It’s a short article. It takes a minute to read.

Another thing that is freaking me out now—gamma ray bursts. These are the result of explosions in space. Neil deGrasse Tyson’s comment about gamma ray bursts possibly happening nearby:

“I don’t want to be around for that day.”

I was watching a show called Last Days on Earth, and according to how it was depicted on the program, the worst part was that death from a nearby gamma ray burst would not necessarily be instantaneous. It looked like we’d all be slowly cooked to death, and I actually spent time trying to figure out how I would kill the cats and myself to end our suffering more quickly. I could jump off the roof, but the cats could survive that.

So yeah. Have a nice weekend!

The Problem is, I am Always in Close Proximity to a Cat

What is wrong with you, America??

2 thoughts on “Rio+20: Richard Black is Freaking Me out. Plus, Gamma Ray Bursts.”