Where the hell is Matt? has a new dancing video up. (I danced with Matt in 2007.) Speaking of dancing, I couldn’t do the easy dance routine for National Dance Day. I’m thinking of writing them a letter about it. They go way too fast when demonstrating the steps, and they don’t break it down enough for non-dancers. Maybe it’s just fine for most people, but for slow people like me, I just can’t grasp what they’re doing.

Re: Scientology stalkers. A number of places have posted the location of Katie Holmes’s new apartment, and about the fact that she may be being stalked by Scientology goons. From TMZ and the Post (via Gothamist):

“People who have photographed Katie multiple times tell TMZ there have been several ‘mysterious’ men and vehicles around Katie’s apartment and following her when she’s out. Specifically … a white Cadillac Escalade and black Mercedes SUV have been seen near Katie’s NYC apartment for the past week.”

“A team of beefy armed men parked themselves in a white Cadillac Escalade outside Holmes’ place all day yesterday, snapping pictures of people outside the building and demanding to know who they were.”

I feel like going by with a sign that says, “Leave Katie Alone!” with a little crying face. Except, she voluntarily married Tom Cruise, and Scientology’s aggressive tactics have been well known for decades.

The ruins on Roosevelt Island. 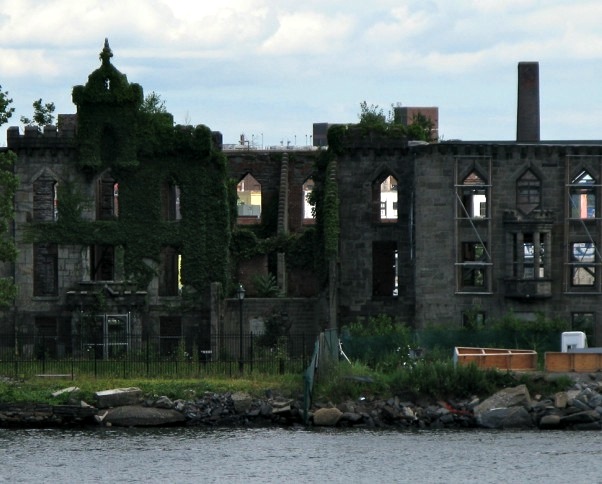 Barnes & Noble TV and Why I Love George Saunders

3 thoughts on “Dancing and Scientology Stalkers”