There was an incredible storm last night; monsoon rains, lightening that looked like it was going to slice the building across the street in half. But the most dramatic was all the chunks of hail that came down in such numbers I was sure all my windows would shatter. It was like machine guns spraying my apartment from all sides.

The cats were relatively calm until a particularly big one hit, which was every few seconds, and then they’d look up, all “WTF??” For the most part they were, “Why are you running around with your camera? Is something happening? Because we’re cool.”

This is looking out the window over the airshaft. It doesn’t capture the excitement, but I like the dark, dreary, New York City tenement look of it. 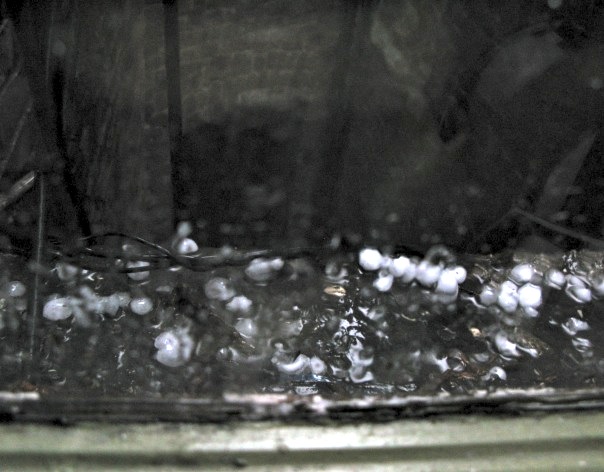 2 thoughts on “All Hail”