Wisconsin. And Sikhs, of all people. I don’t know a lot about them but a year or two ago something inspired me to read about them. I just remember a lot of peace and love, and like Catholics, a strong focus on service. Oh wow, reading the Wikipedia entry now. “Protecting the religious and political rights of all people and preventing discrimination is an integral part of the Sikh faith.” Yeah, I can see why someone would want to shoot them.

Can we talk about a little gun control, now??

I’ve been goofing off. That’s the Bachelor Pad below. I was watching that earlier. Currently, I’m going back and forth between Dr. Who and Close Encounters of the Third Kind and later it will be Olympics, Olympics, Olympics. That is my Sunday. Because I worked really hard yesterday. 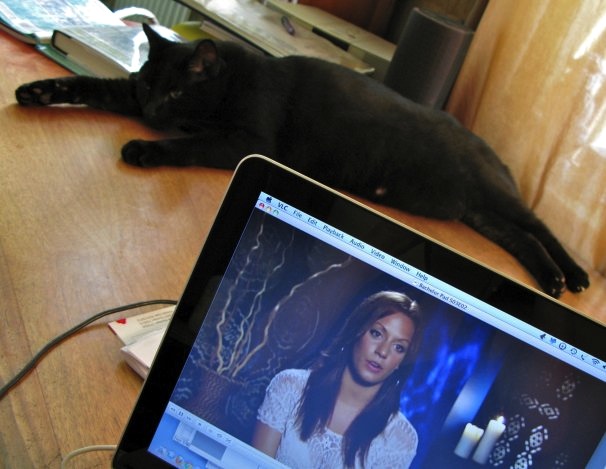 Halloween was a bad day this year.

The End is Nigh. Again.

6 thoughts on “Oh For the Love of God”