I’ve been afraid to post because I’m just so ridiculously attached to my cats and I’m concerned that I might sound, well, ridiculous. I’ve also been avoiding taking pictures of Buddy because he’s not looking his best, and I thought I shouldn’t record him now in order to allow these images to fade later.

But today he’s rallied a little bit and so I took a shot. He’s seriously jaundiced but it doesn’t show up so much in this photograph, I don’t think anyway. I think he looks beautiful. You’d never know he had small cell gastrointestinal lymphoma, and now large cell lymphoma, with involvement in his liver, spleen and kidneys, and forget his blood tests results. Everything you don’t want elevated is elevated.

But just in case someone comes along whose cat was recently diagnosed with small cell gastrointestinal lymphoma, do not despair. My cat has had this for close to three years. You might still have your cat around for a long time yet. 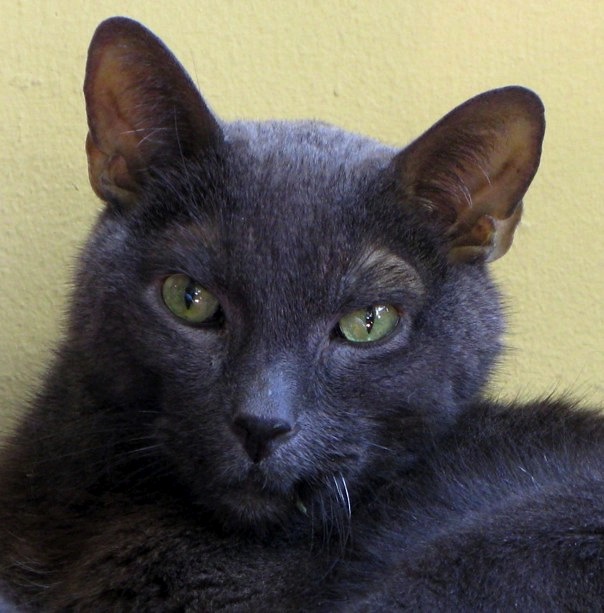 Bird Watches Me From The Grave

7 thoughts on “Reach Out in the Darkness”