Finney, who couldn’t be in the same apartment with Bleeck, then room, has allowed him to get steadily closer. Actually, this is how he and Buddy used to sleep together. They never curled up, but they’d have to be on the couch or bed or floor together.

The difference is, Buddy and Finney would play and fight without hissing or any real damage. Finney still won’t let Bleeck get near enough to play. OH! But today, Bleeck went up and started eating out of Finney’s food bowl and Finney didn’t kill him. I was in shock. He just let him. 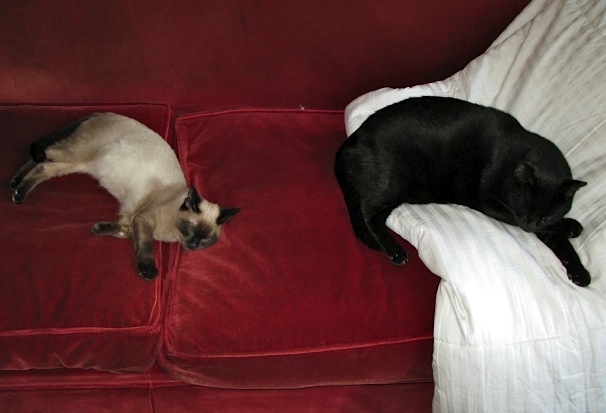