8:00pm: There’s nothing much to report now. I’d have to go outside, and I want to go outside, but part of me thinks I’ll feel pretty stupid if I die after being hit in the head by the lawn chair my neighbors in the back left out on their balcony. The good news: I still have power!

7:00pm: Heard a ton of emergency vehicles go by a while ago, and now I’m hearing a building collapsed at 14th and 8th. That’s a two minute walk from here and I’m dying to go, but then all the first responders would hate me if something happened to me and they had to leave an emergency to help a stupid rubbernecker.

6:35pm: Wind picking up. I’m a little scared. My Amy’s pizza is ready now though. That should be comforting.

6:20pm: Earlier I wished I had some hot chocolate in the house. Now I wish I had some ice cream. I have to say, I suck as a panic shopper.

6:00pm: Nononononononono. The Con Ed guy just said at the news conference that they might be shutting off power to everyone south of 14th Street. That would be me. Okay, and a few others.

5:50pm: You know, so far, this really does feel like a repeat of Irene. I go out in weather a lot worse than this all the time. This could all change of course, but that’s what is going on now.

New Jersey is experiencing something else. Speaking of which, Chris Christie is such a mixed bag. I just listened to him give an update. On the one hand, he was a complete dick to the mayor of Atlantic City, who told people to remain in their homes and in city shelters, which is apparently not what Christie decreed. Christie’s call may absolutely be the right call, but he’s acting like a little kid who is picking up his marbles and going home because no one is listening to him. I wouldn’t put my faith in a guy like this either. Then, seconds later, he was very gracious about a call from Obama and their subsequent conversation. Completely put politics aside. Why couldn’t he be this adult about the other matter?

5:10pm: Sandy is supposed to make landfall within the hour. Bleeck is getting bored waiting. 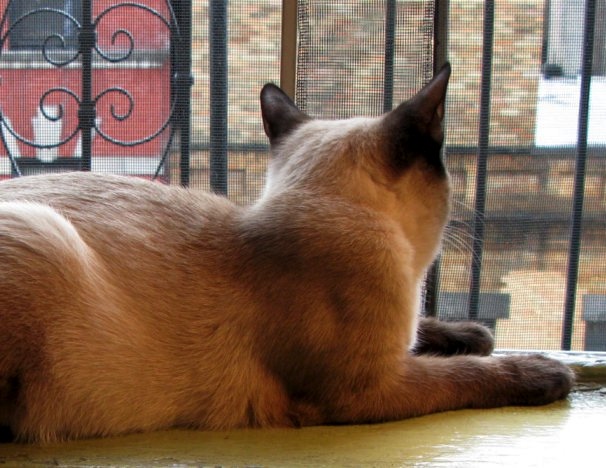 4:55pm: I’m glued to the tv, can’t stop watching, and it’s just the same shots and same information over and over. I did break away to go up to the roof, where I felt the strongest winds so far. And noticed that my neighbors haven’t cleared off their balconies. Future projectile alert: 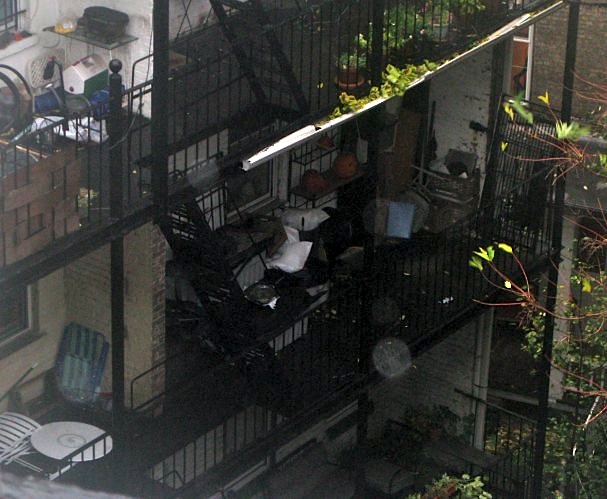 3:05pm: Our choir director just emailed us. Choir rehearsal is cancelled. The only other time rehearsal was ever cancelled was on 9/11. Not a good sign. Also, the wind is picking up now. Because of the Con Ed call I broke down and filled the bathtub with water, vacuumed one more time, got everything I might need out and within easy reach (plastic and a staple gun for the windows, candles, matches). They say the worst is going to be at 8pm.

1:55pm: I just got a robocall from Con Ed (our power company) saying they were turning off electricity in parts of Manhattan to prevent … something or other. I’m guessing they called me because I live in a part of town where this is going to happen?? Damnit to hell.

1:15pm: I went down to the river and took some shots. The rain is picking up a little, but it’s still not terribly windy. Down at the river the water level is higher, but nothing to write home about. That’s One World Trade in the background. 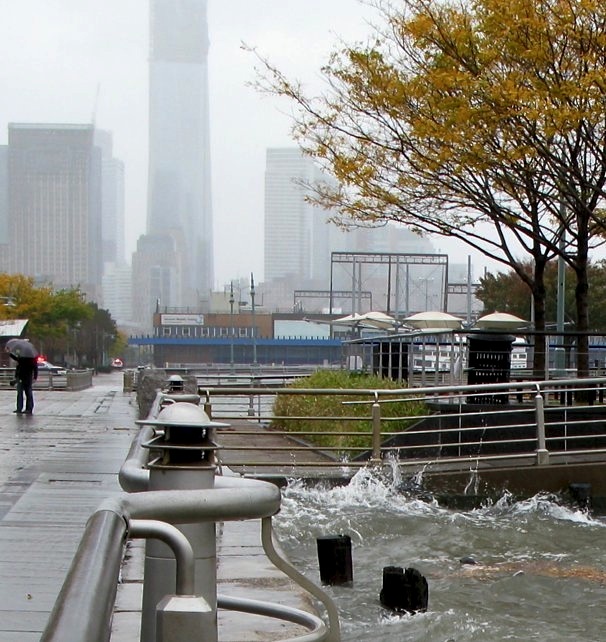 There were people there who, like me, were there to see what there was to see. The river was fenced off and I was proud to be the first one in my spot to climb around the fence and go down and look. The police who saw me let me be. Thank you, NYPD. 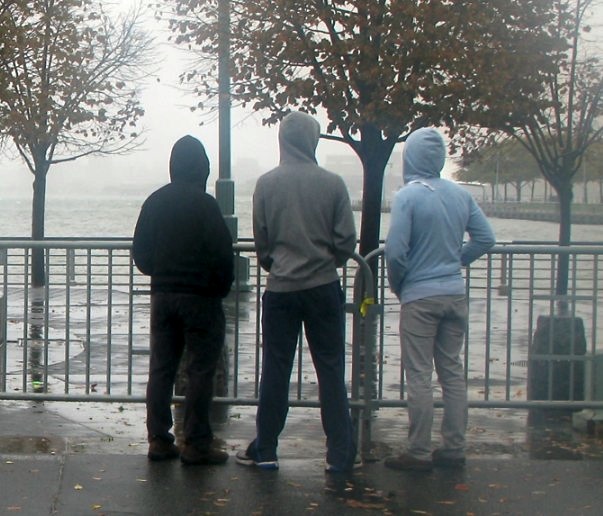 I like the Diana/plastic camera feel of this. My lens must have gotten wet. I hope it’s okay. And I don’t have to pay to have my camera repaired. Again. 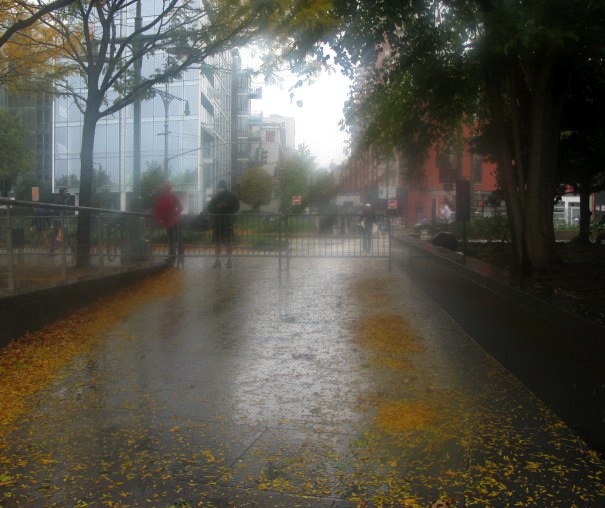 11:05am: Nothing is happening. The tiniest bit of wind, no rain now. Maybe I will go out and take a walk down to the river. Oh wait, it is raining a little. Be still my heart. (I’m going to regret those words later, aren’t I?)

8:20am: A little bit of wind, a little bit of rain. My window is wide open without a problem, which is not at all what I was told to expect when I woke up. I’m going to update throughout the day.

I saw this pumpkin earlier in the week. Let’s hope it is not a precognitive pumpkin, and that it’s just a pumpkin who is messing with us. 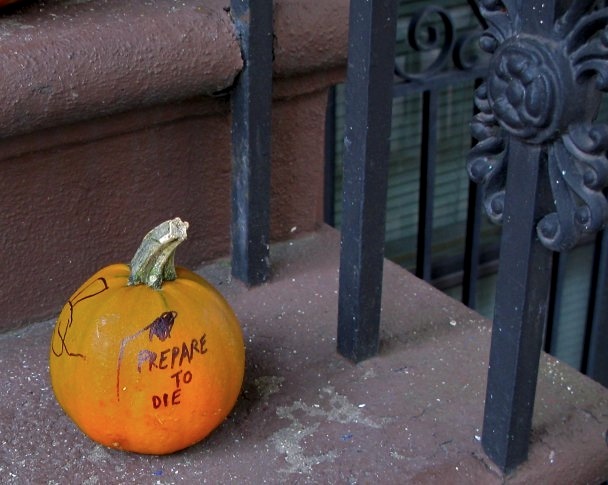 Dancing With Where the Hell is Matt?