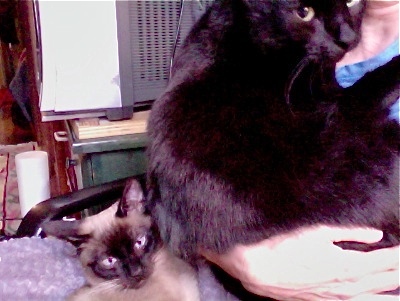 I watched this TEDx Talk about climate change and for the love of God. Our lack of response to this issue is insane. Honestly, it’s criminal and unforgivable.

Why this has to be a left/right, democrat/republican issue is even more inexcusable than the way things have evolved with gun control, where at least I can see the cultural divide.

I don’t understand how people with families can sit by and do nothing. Your grandchildren are going to suffer. It’s like we don’t care about the end of the human race. I know some politicians must know this, they must be at least somewhat aware that even the few remaining scientists with more conservative positions about climate change are one-by-one accepting how bad it is, and yet they stick to their party’s platform in order to stay in office, perhaps saying to themselves, “It won’t be quite as bad as they say, and in any case we’ll rally and do something about it later.” But watch this video. The speaker addresses that line of thinking.

Good cat sign: Sometimes Finney wants to be on my lap and Bleecker is already there. Instead of going away he tries to see if he can fit somehow, without touching Bleecker. He can’t. On this occasion I picked him up so he could curl up with me without technically laying next to Bleecker. I tried to get a picture using the computer’s camera. I call this: Two Tiers of Cats.

4 thoughts on “To the Future: I’m Sorry”