My only goal yesterday was to buy a Willa Cather novel. I’ve read My Antonia and O Pioneers, both of which I loved, so I was looking for another to try. First I went to the Strand and then to Barnes & Noble in Union Square. This is inside the Petco which sits at the north end of Union Square. I have never once been able to resist to allure of Petco because it always has animals for adoption. That siamese cat never turned around to face the people. Doesn’t it look sad? If I were going to adopt that would be the cat I’d pick.

Come to think of it, my cat Bleeck looked so sad when I found him at the Humane Society. Sad because they wouldn’t let him torture the other cats, probably. 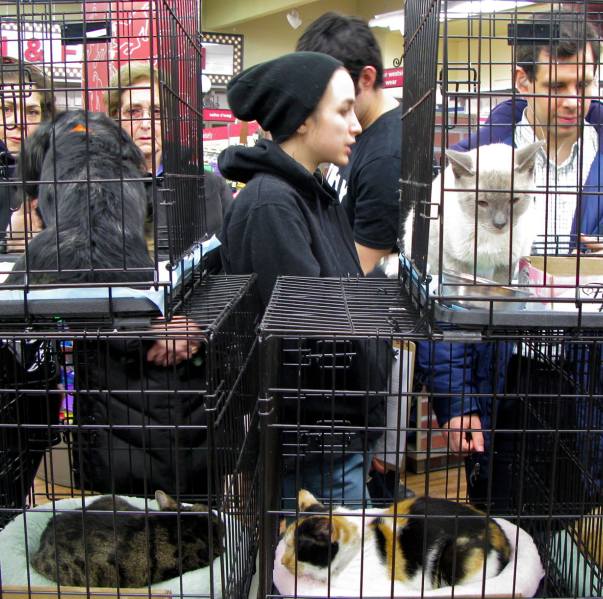 I get to Washington Square Park and it’s filled with cops. I think, “Occupy Wall Street event, perhaps?” This is what caused the police presence. A bunch of doctors giving away free medical advice. That’s it. Maybe they arrived there on bikes. (For reasons that are beyond me, the NYPD hates people who ride bikes. I do not get it. I’ve asked them, and they can’t explain it either.) 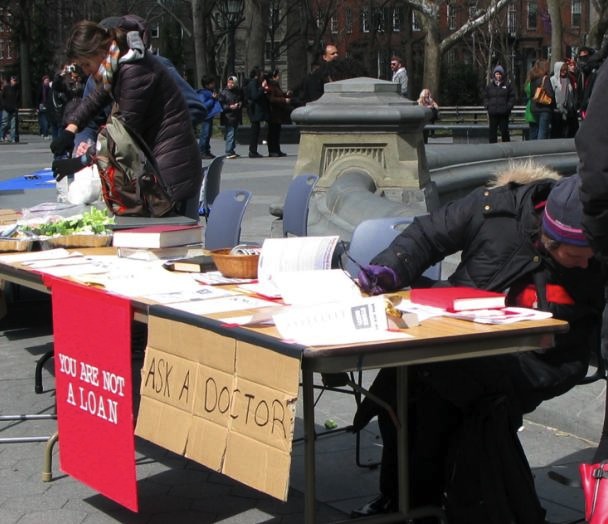 These were laying in front of the building where 146 garment workers died in the Triangle Shirtwaist Fire on March 25, 1911. Every flower was tagged with the name of someone who had died. Why does this fire haunt me and so many others as much as it does?

I’ve been researching the 1909/1910 garment workers strike. Their demands were fair and reasonable, like safer working conditions, but the strikers were treated terribly and young girls were arrested and thrown into prison. One year later, the fire. 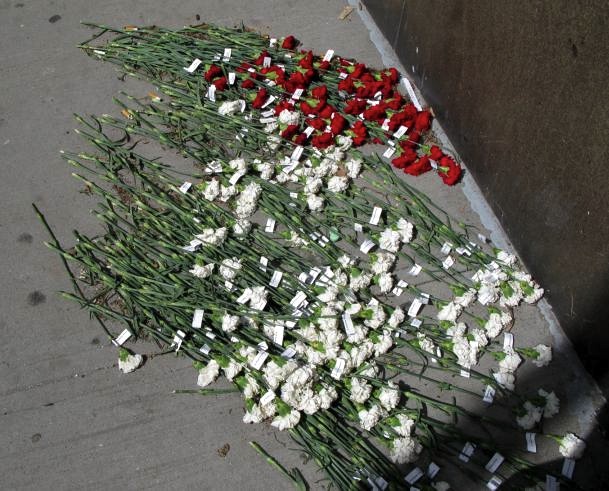 Every time I look up at One World Trade Center I think, “Finish that point, already!!” I can’t wait to see that triangle shape completed. Cather novel quest conclusion: I didn’t get one. But I’ve pretty much decided I’ll get Death Comes to the Archbishop. Maybe. Probably. Oh, I can’t decide. Opinions welcome. 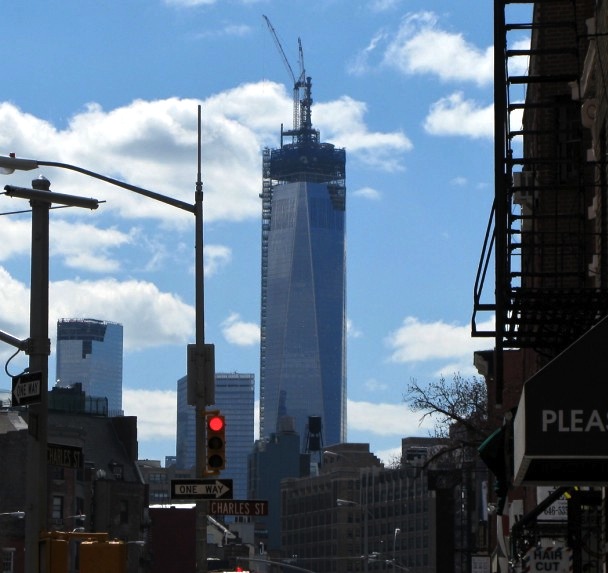 The Return to Grace

2 thoughts on “Seen in the West Village, Manhattan”