Our concert is sold out, so last night when we had our dress rehearsal with the orchestra people were allowed to attend. It felt like we were giving a concert, which was great. When you work so long and hard on a piece, one concert never feels like enough. (Especially when you are doing the magnificent Bach Mass in B Minor.)

I know that reactions vary to a piece of music, and everyone has their own associations, but I can’t help feeling that when we all listen to a piece of music there is something about our response to it that is universal. There’s evidence that this might be true. From a press release about a recent study:

“Do the brains of different people listening to the same piece of music actually respond in the same way? An imaging study by Stanford University School of Medicine scientists says the answer is yes, which may in part explain why music plays such a big role in our social existence.

I took this picture during a break, while our brains were taking a rest. In my book I describe how the altar is so white and bright it seems to vibrate. In all my pictures from last night I had to use the filter that tones down highlights full blast. 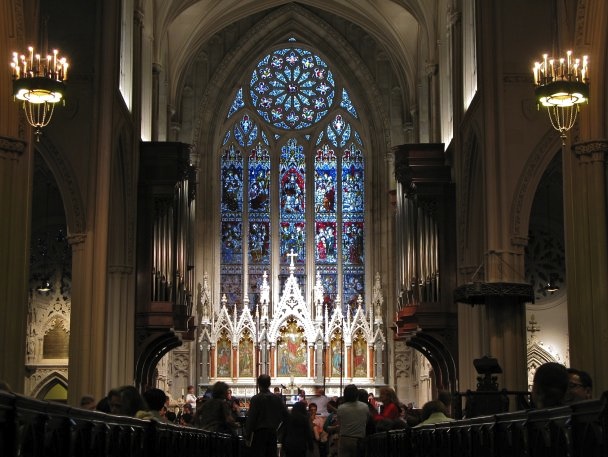 4 thoughts on “When Brains Are in Harmony”