This morning, I read this article about Syria. Pretty much one of the most hopeless articles I’ve read in some time. What can I do? What can be done? (Not a rhetorical question, I’m open to suggestions.)

I had much more fun yesterday, following the story of Amy’s Baking Company. By the end of the day they claimed that they’d been hacked. Given that for years they’ve been responding in this way to criticism, that’s a little hard to swallow. An article from 2010, describes similar meltdowns when they received bad reviews on Yelp. You can go back and read what they wrote at the time and make up your own mind.

Meanwhile, just how big is Bleeck? I’m used to 20+ pound cats, so when someone recently told me he was big, I was flummoxed. I just weighed him. 11.9. Come on, that’s teeny, right? 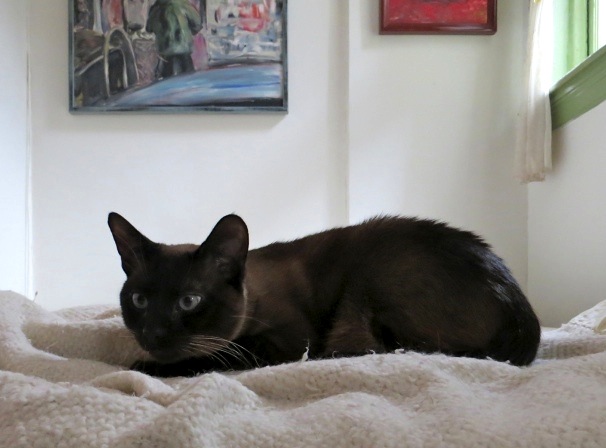 Jungle on the Roof

I don’t have time to think!

6 thoughts on “Amy’s Baking Company, Because I can’t keep reading about Syria”