See it. I was expecting it to be awful, after reading not only the mixed reviews from critics, but equally mixed reviews from the regular audience. It’s not a great movie or even a great zombie movie, but it delivered. I was on the edge of my seat most of the time. It’s nothing like the book, but I already knew that was going to be the case and I understand why they couldn’t follow the structure of the book. The book told the story through a collection of oral histories. You get different characters every chapter, it’s quite complex, and that would have been nearly impossible to pull off in a two hour movie. I knew they had to do something else.

That said, there are a million interesting details in the book which made it enormously interesting and entertaining and those could have been exploited in the movie. The author, Max Brooks, clearly has given zombies a lot of thought. Just what would happen in a zombie apocalypse? What practical problems would occur? What are some things they can do in their undead state that we can’t? He thinks of things no one has ever though of before, things that make sense, and then uses them to dramatic advantage. (I don’t want to give anything away. Read the book, it’s a perfect summer read.)

The movie makers could have sprinkled these bits all through the movie and made a picture that was a lot more terrifying, a lot more engrossing, and unlike any zombie movie that has come before. I do not understand. Actually, they did use one bit, but not as well as it was used in the book. Still, it was good. And sad.

There is absolutely no character development. 28 Days Later made you care more about a bicycle messenger in the first five minutes than this movie did about Brad Pitt’s UN … [something] in the entire film. Pitt makes it work through the sheer power of his presence. Anyway, after I wrote all that I have to say it’s still well worth seeing. You’ll feel like you got your money’s worth and had fun. I felt better about this than any other movie I’ve seen so far (like Iron Man and … what else have I seen? I can’t even remember they were so forgettable).

I took these shots cutting through Washington Square Park on my way to the movies. First this dancer, who had the right idea, it was so hot out, and … 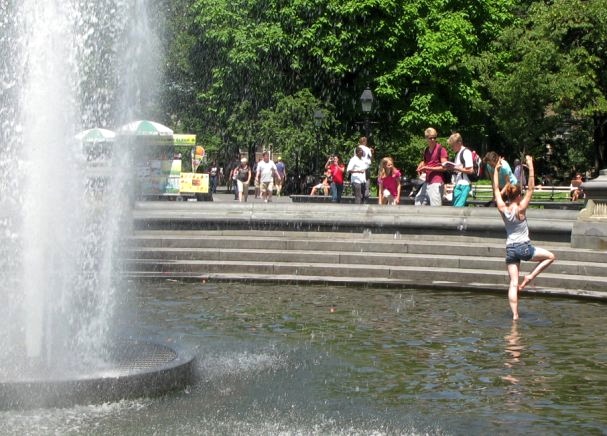 There was this piano player. It’s part of some art project that I’ve posted before. Someone puts pianos all around the city. 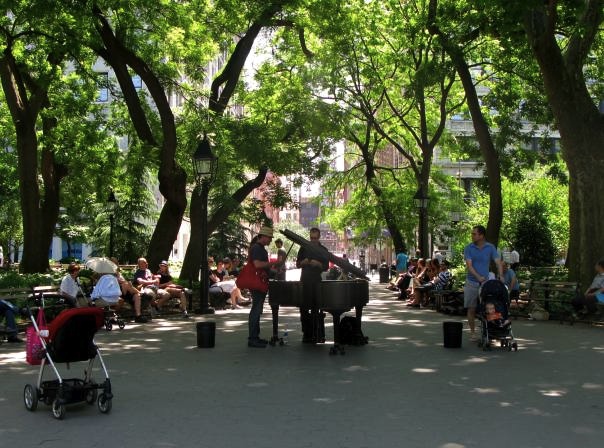 A Night at the Museums

An Accurate Picture of Where I’m Headed?