It’s always a competition for me. I saw an article about writers who effectively use social media and one of the writers said he’d been tweeting since 2007. He said it like this was a big deal so of course I had to go back and see how long I’ve been tweeting, sure I’d beat him. Alas, I only matched him.

My first tweet was on June 5 2007, just a couple of days after my birthday, and I conveyed the earth-shattering message of:

Goofing off, the movie The Remains of the Day is on TV in the background.

I love that movie. LOVE. I wish it would play on tv as often as The Shawshank Redemption.

The scene below took place on 14th Street. The poor woman could not tear that little boy away from the Superman statue. It was freaking adorable. 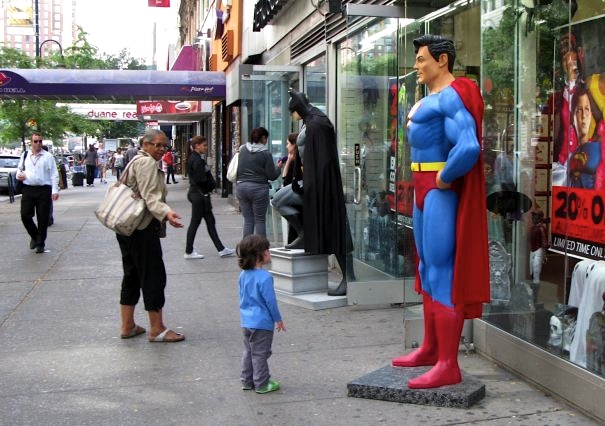 I Don’t Want a Government Without Barney Frank In It

Some Days It’s Hard to Get Started