On Tuesday night I’m participating in a panel about singing in public. Apparently, in addition to talking about singing, actual singing will be involved. I have explained that in order for me to sing in public I need to be surrounded by around 100 people who are hiding me, so we shall see.

My terror aside, this should be pretty cool, and it’s FREE. The other people on the panel are John Brophy, and I’m guessing he will be leading the singing portion of the evening. He’s a KJ working out of Portland, and I’ve read about the kind of work he does (AWESOME).

Also on the panel are Slate culture blogger Aisha Harris and Rolling Stone writer Rob Sheffield, who also has a new book, Turn Around Bright Eyes: The Rituals Of Love & Karaoke.

The panel is being moderated by Dan Kois, a senior editor in Slate’s culture department, and editor of the Slate Book Review, he also writes for a million impressive newspapers and magazines and websites, and he wrote Facing Future, a book about the late Hawaiian musician Israel Kamakawiwo’ole.

A sad Halloween sign. This was in the yard with the scary girl on the swing though, so no one cared. They were fixed on the awesome set-up. 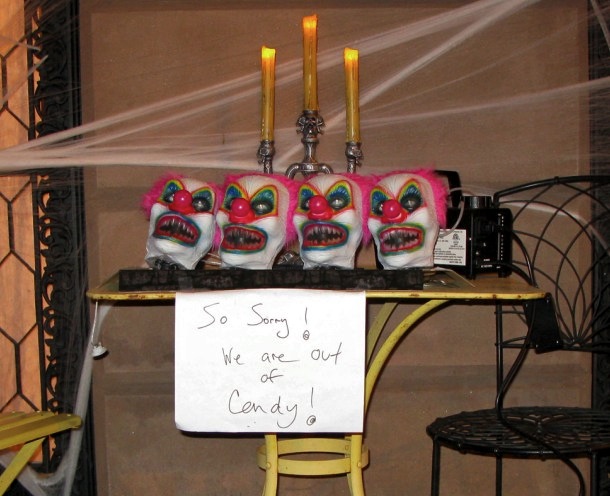 The Loser’s Lounge is back. A little.

Going Back to the New York Public Library

On My Way to a Wake