What a great idea! You can browse yourself here. But I’d like to point out that the New York Public Library also has images for sale, as does the Museum of the City of New York, and Shorpy, which would be less New York-centric.

There’s so many ways you could go with this. You could look up famous people, places or events. But since you can look up specific buildings, you could search for your friend or relative’s building and give them historical pictures of their home. Also, depending on the person you are shopping for, there is a huge range. There are tons of gruesome crime scene photographs, for example. I looked around a little at the Municipal Archives.

I found this one while looking for Christmas scenes. It’s actually a little sad. It was taken in the Five Points, a notoriously bad neighborhood, and it’s dated 1880-1899. The caption reads: Children playing in deep snow banks. One-story house, tenements, “A. Goldberg, Clothier” on corner. 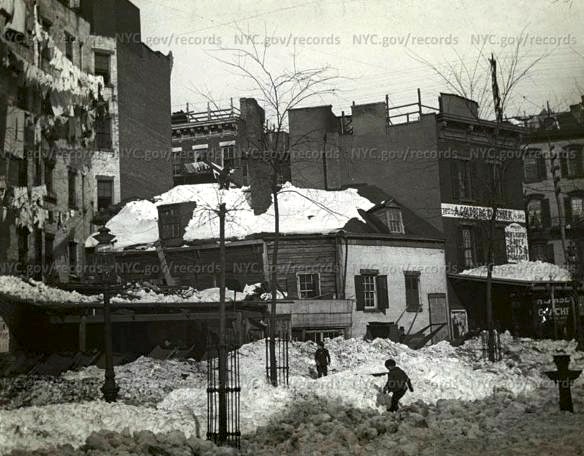 I was searching on various animals (cats, dogs, monkeys) and came across this one that was taken in 1937 at the Central Park Zoo. This caption says: Two chimps embracing keeper; one is on leash. Keeper also carries feeding pan. Onlookers seated against administration building. 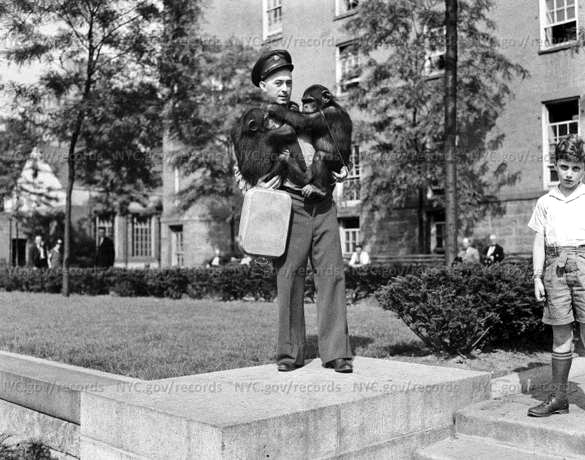 This one came from my dog search. It’s dated 1896-1898 and the caption reads: Young black boy seated next to small stove [?], lumber at his feet, large dog, white soldier approaching from background. One-story wooden structure in background.

It got my attention because I don’t really understand what’s going on. What makes that guy a soldier? What is this boy’s role? Where is this exactly? Wait, why did I pick three kinda sad pictures as examples?? Obviously you don’t have to go this route! 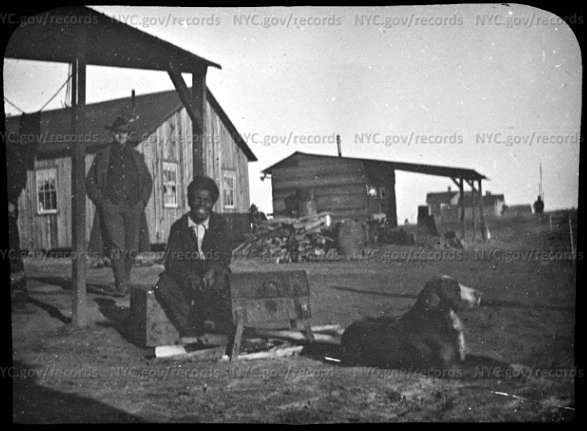 People who understand financial things: Did Sorkin get this right?