For some reason the other day I was remembering Ann Romney on the last election night. More than anyone else, her demeanor really showed how taken by complete and total surprise they all were by Barack Obama’s win.

Everyone around her was positive she was going to be the belle of the ball that night. She was so carefully put together, her makeup couldn’t have been more thoughtful, something between day to evening but not too evening, her hair so victoriously up, but every dangling lock arranged just so, the red dress that was the most flattering thing she’d ever worn, the very stylish statement necklace, all dolled up for a party that never happened. She was just so completely unable to hide her monumental shock and deep disappointment. Her face was so determinedly frozen in what I think was meant to be unreadable and calm, but came out as stunned and uncomprehending.

She was supposed to be the queen that night! The next first lady! They were all so sure they had it in the bag and she was so ready for it, with every atom in her body and just the right and carefully chosen shade of nail polish. I will always remember her look of this-can’t-be-happening. Like a woman who was expecting a marriage proposal and instead got dumped. And then had to go on national tv.

Here is not very great shot of a deer that I took on my way to my Tedx talk. I was so nervous, maybe I have this shot of a deer and I remembered Ann Romney because something of me identified with her predicament that night. I’m sure I wouldn’t have handled it any better (and I’m not saying she handled it badly, she handled it like any normal, feeling human being would). 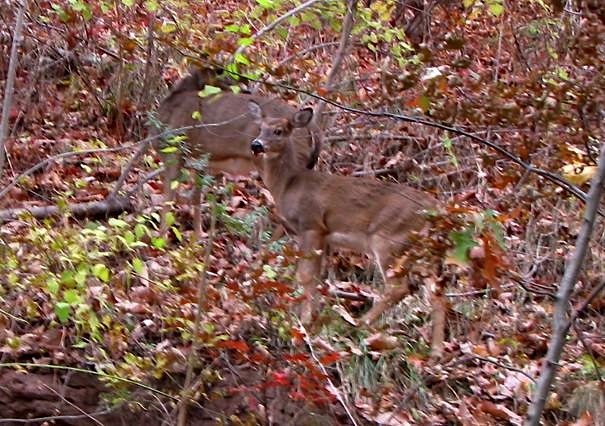 The Baddest Bad Idea I’ve Ever Had …

Too Beautiful to be Real