I use the word to describe bullying, threatening, behavior. It has nothing to do with race. For instance, Congressman’s Michael Grimm’s response to the reporter was thuggish. “I will break you in half, like a boy.” Yeah, I’m as perplexed as everyone as to what that even means. Do boys break in half differently than girls or men or women? Or is he saying he’s going regress and break the reporter in half like a boy might do it?

Back to thug. Conductor John Eliot Gardiner used the word to describe Bach, for christ’s sake! “It is just as credible that the bewigged cantor-to-be was the third in a line of delinquent school prefects — a reformed teenage thug.” (From the new book Bach: Music in the Castle of Heaven.) But my experience is not everyone’s. Have other people found the word “thug” applied disproportionately to blacks?

Yet another cat picture. I need to spend a day taking pictures of other things besides cats. 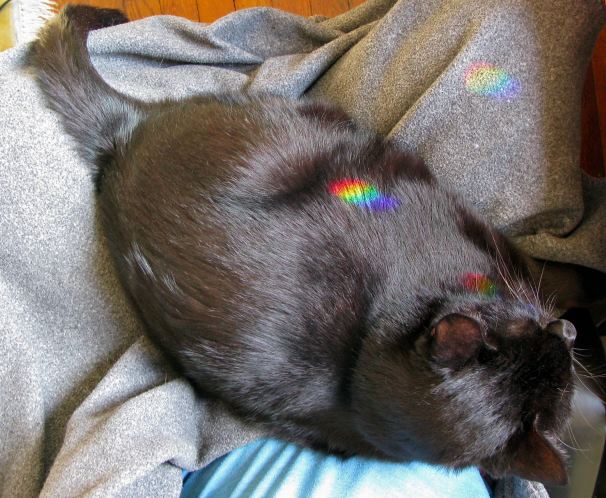 To Kill a Mockingbird and Sexism

2 thoughts on “The Word Thug is not Code for Black”