It looks like Bleeck is not going to back-jump Finney into a drooling, shivering blob in the corner, with his paw up asking, “Have you considered meds?” Bleeck still does it (jumps on Finney’s back, wraps all his legs around Finney’s belly, clomps onto his neck and then will not let go) but he’s learning no and he’s doing it less. He’s doing everything Finney hates less, and Finney is finally getting that I understand that the kitten is insane and I’m on it, but the truth is, Finney is just mad that Bleeck is out-eviling him. The stories I could tell you about Finney (I no longer own any glassware.)

They don’t curl up together, but Bleeck wants to be wherever Finney is and Finney is tolerating it as long as Bleeck doesn’t try to curl up. Except Finney definitely has a “I’m just biding my time” expression here. “Soon this place will be back to mine, mine, all mine.” 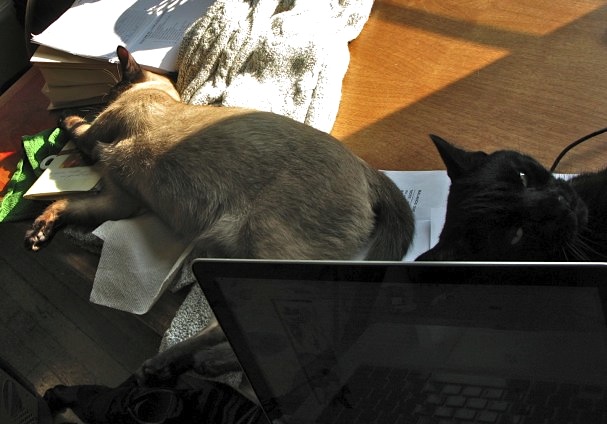 Here, Bleeck got the lap space this time, but I’m pretty sure Finney pushed him out of it seconds after this picture was taken. Don’t feel bad for Bleeck, he gets plenty of lap time. 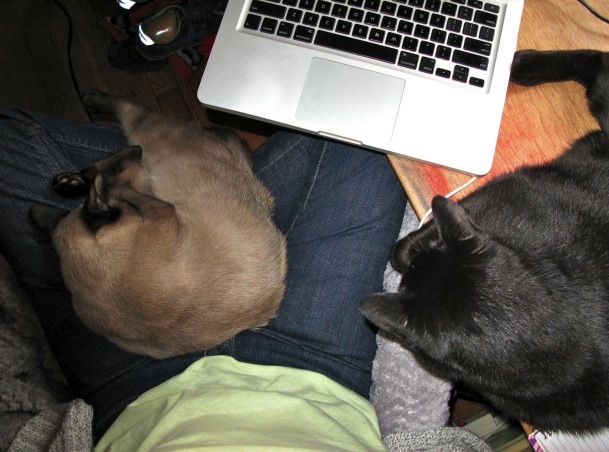 2 thoughts on “Finney and Bleeck Update”