I pretty much adore every second, every word, every expression and every gesture of every character in the animated series Archer. It is complete and total perfection. They used to be spies, but now they’re selling drugs and I will love this show until the day I die because it has exchanges like this one:

Ray: “Do not compare what we do now to intelligence work.”

Sterling: “Don’t worry, I won’t. Because selling cocaine to cocaine dealers doesn’t really compare to helping overthrow democratically-elected governments, like the U.S. did in Guatemala, Chile, Nicaragua, uh, oh, Iran? Because, spoiler alert, those didn’t really work out so great. But that’s OK! Because I’m pinning my hopes for the future on the next big shipment of Stinger missiles to that rag-tag bunch of Mujahideen heroes in Afghanistan.”

A gas light in Gramercy Park. For the love of God, will you look at that iron work?? 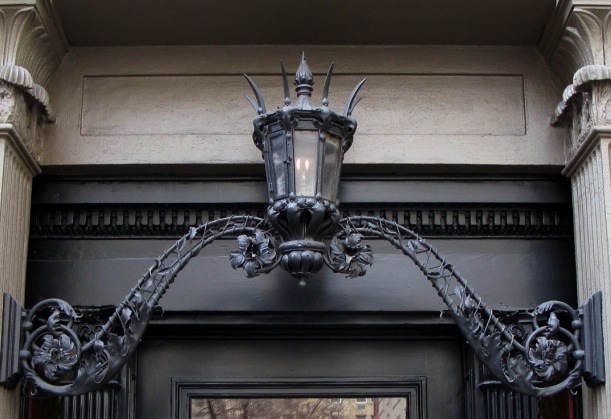