I just read this wonderful article in the Times about Brooklyn. When I was growing up on Long Island, Manhattan was always my goal. “I will live there one day, damnit!” But I loved Brooklyn too. Brooklyn has this … feel. To this day, whenever I go out there I have a sense of deja vu, like I’ve come home. I wonder if everyone feels this? I swear to God I feel like I once lived there, long ago. And I feel it in every neighborhood.

You can time-trip in Brooklyn, something that is harder and harder to do in Manhattan. This happens when you come upon a spot that is relatively unchanged and you feel suspended in time. When it happens in Manhattan you feel like you’ve gone back to a time and place where people worked and played. In Brooklyn it’s where they lived. Again, home.

My friend Aly Sujo, who died in 2008, was the first of my friends to move out to Brooklyn. I forget what year, but it was way before anyone else, sometime in the 1990’s. It broke my heart. In many ways, Aly was Manhattan to me (although he grew up in Caracas and London). He lived a few blocks from where I live now, and he played in a band which played in all the clubs that are famous now, and long gone, like CBGB’s. A little bit of life left the city when he moved out.

From time to time I tell myself that I really do need to make more new friends, to replace the ones I’ve lost. But I’ll never be able to make ones to replace those who shared my youth, our youth. We won’t have history. As you get older it’s harder to create history together because we only have so many decades/years left! Aly was my twenties.

I took this picture of Aly sometime in the early 1980’s and it hangs in my living room now. I forget which club it was alas. He looks a little insane in this shot, but that’s one of the reasons why it’s my favorite picture of him. He was crazy. Unfortunately, that’s also what killed him. But it was also what made him so explosively and thrillingly alive. He lived and he felt everything so intensely and it made us feel so intensely about him. 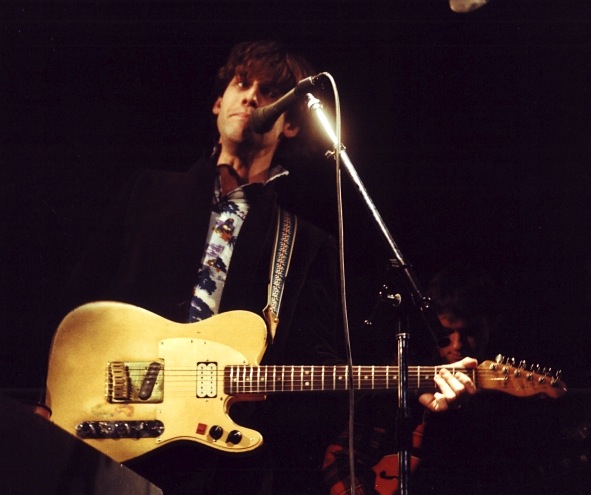 For Someone Who Loves Cats