For some reason I didn’t even try to go to the Memorial Plaza. I just assumed it would be closed to everyone except the family and friends of the people who died on 9/11. But maybe it wasn’t? After a lovely service for peace at St. Paul’s Chapel I walked around.

This year I was drawn to signs. After taking this guy’s picture I said “thank you,” and he said, “thank you, sister.” Nobody has ever called me sister before. Not even my brothers. 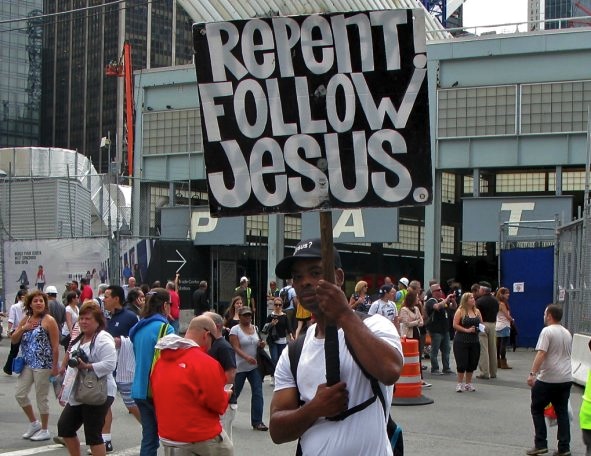 The truthers were out in force. In the beginning people would shout at them. Now, everyone ignores them. It was the quietest demonstration ever. 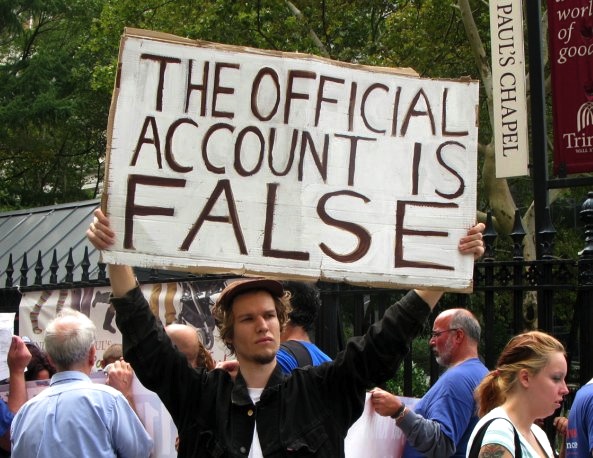 In answer to the question on the lower right: I did know, actually. When I moved Echo out of our offices downtown the year before 9/11, a friend who worked in building 7 offered to store our many boxes of paperwork there. We lost it all, but in terms of loss that day it was nothing. I was glad really. I’m the opposite of a hoarder. I’m a parer-downer. 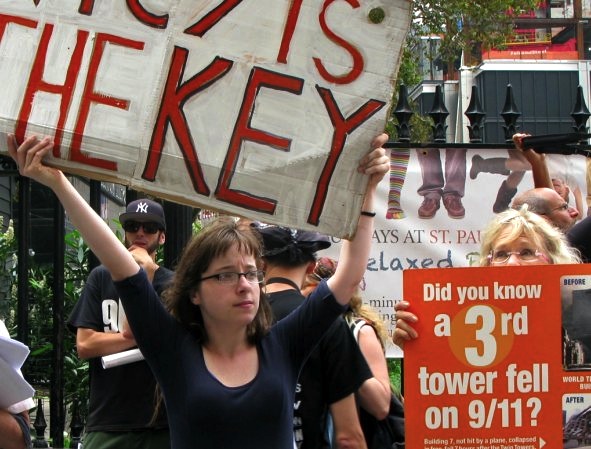 Sigh. What’s a 9/11 anniversary without some asshole spewing hate? Oh, but notice the Mennonites in the background? They were all over the place singing. More pictures of them below. Because I love the singing Mennonites. They are all about peace and love. (I think!) 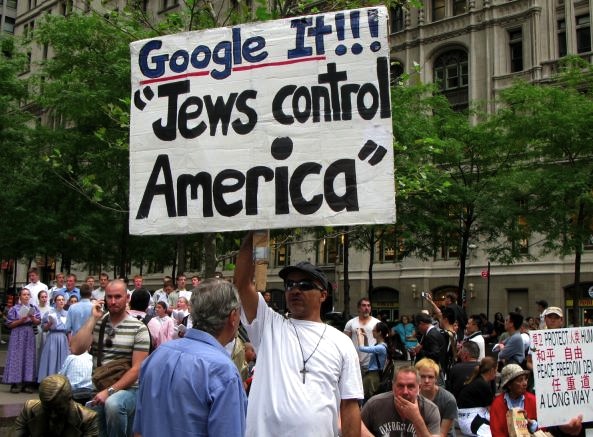 Uh-oh. Two girls are not looking at their conductor! I’m sure he understood. There was so much going on, so much to look at. 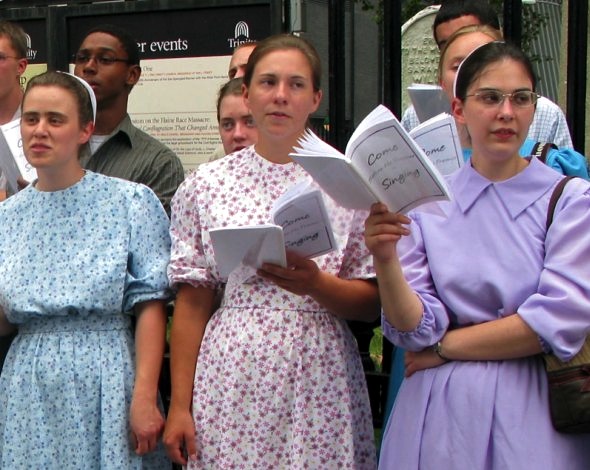 Hello, Mr. State Trooper. They were watching something going on in a blocked off area in front of them. 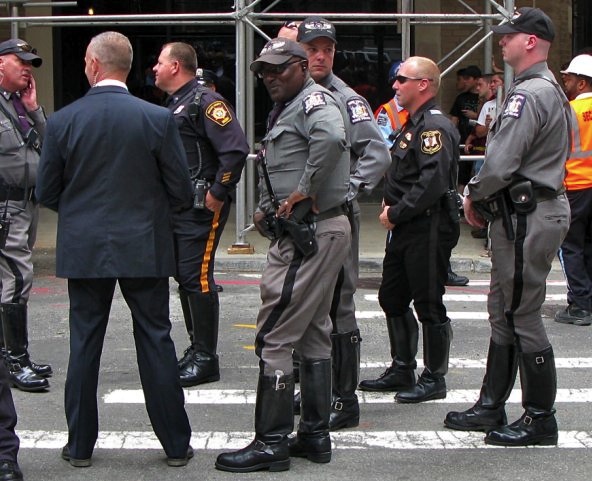 Here are lots of people watching the blocked off area. This is the building I mentioned in the post before this one by the way, where I used to work in the 1980s. 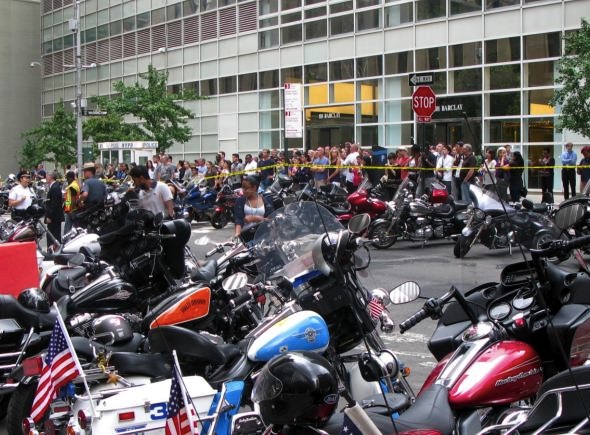 The blocked off area. I couldn’t see what people were looking at. The backs of a bunch of cameramen filming something further in the distance? 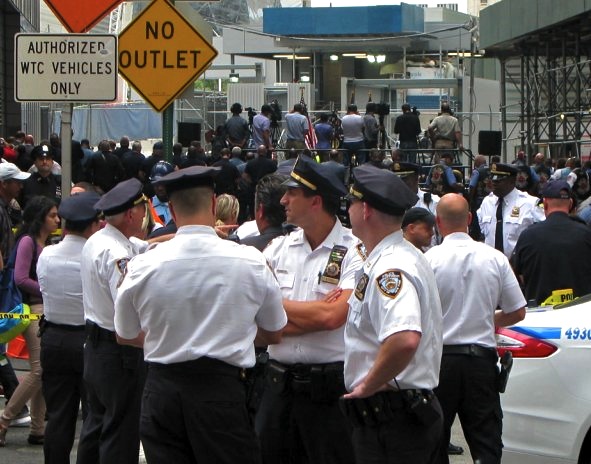 More Mennonite singers. To sing us out of this post. Thank you, singers. 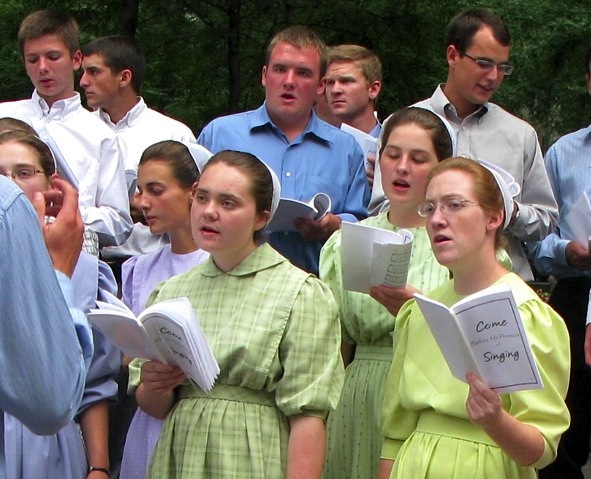 A Window of Wonder … Bread