I passed by another shoot the other day, this time for a new tv show called Public Morals. It’s set in 1967, which should be a lot of fun, it’s such an interesting time period, and it’s about the NYPD’s Public Morals Division. I don’t know anything about that division but based on the name I’m guessing it was an ineffective and corrupt division. That decade was not the NYPD’s finest hour, and the idea of any police department enforcing public morality is just a bad, bad idea on so many levels. In the right hands it could be fascinating, if they dealt with the subject honestly.

I wonder when tv shows specifically about the 60’s are going to start appearing. Talk about a dramatic period. All the turmoil and struggles that went on then, for civil rights, against the war, women’s rights, and all the groups like SDS, the NAACP, NOW, the Black Panthers, hippies, yippies, Freedom Riders, (and many others). And of course all the people who emerged, both heros and villains. Many are still alive of course, and in some respects it will always feel too soon, perhaps.

The shot that follows this one shows one of the actors in a period costume. 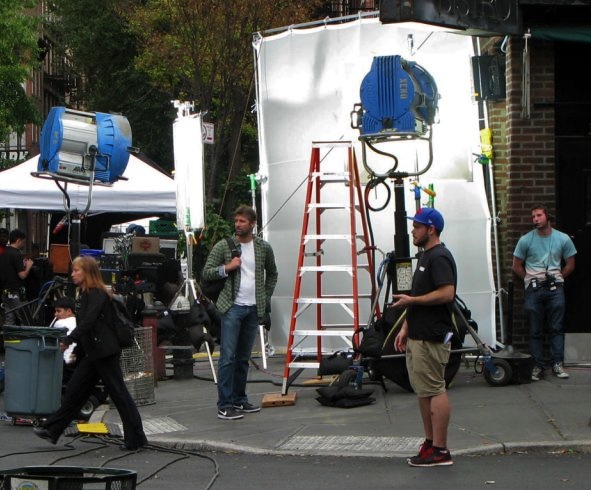 When I walked up and saw this actor dressed as a cop I totally guessed wrong about the time period. “Is this set in the 40’s or 50’s?” I couldn’t tell at all. 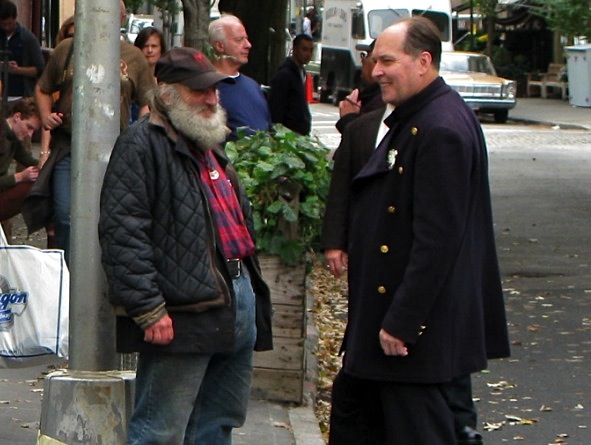 This is For You America! Thank you, Barack Obama!

NYC Parks & Recreation: You Owe Me a Tshirt